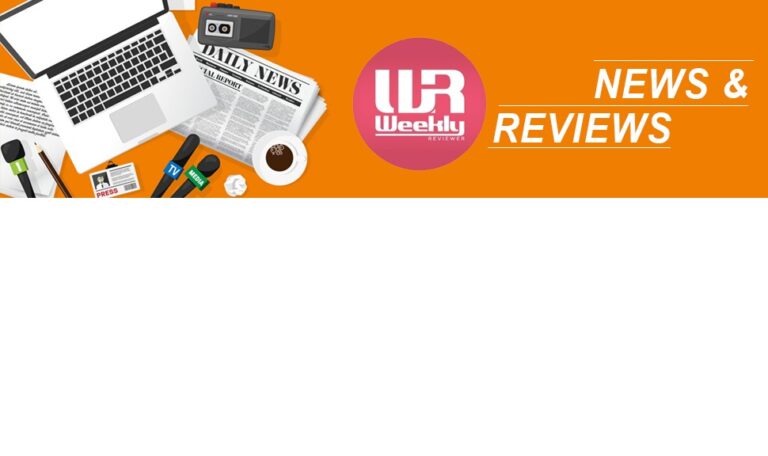 ARLINGTON, Va., Oct. 18, 2021 /PRNewswire/ — Inspire, the vital health community for millions of patients and caregivers, will present insights and findings from patient journeys and experiences from two rare disease studies in the virtual poster hall, in the Patient Community Building in Rare Diseases category at this year’s NORD Rare Diseases and Orphan Products Breakthrough Summit, October 18-19, 2021.

The first study, “Motivations for joining rare disease online support communities,” conducted by Inspire in collaboration with Inspire community partners, Foundation for Sarcoidosis Research (FSR) and Neurofibromatosis Network (NF Network). Through written reflections, 20 interviews, and a survey with 139 respondents, this study explored why rare disease patients and caregivers initially join online support communities versus why individuals stay in these communities over time.

Inspire supports over 700,000 patients affected by rare diseases, with about 46,000 members affected by neurofibromatosis and over 100,000 members affected by sarcoidosis. Brian Loew, CEO of Inspire, adds, “I’ve been humbled by the growth and engagement in our rare disease groups. Studies like these will help us continue to improve engagement while preserving trust in the community, and through our research platform we empower patients to share real world insights with the medical research community.”

According to Kim Bischoff, Executive Director, Neurofibromatosis Network, “We are thankful for our partnership with Inspire and look forward to continuing our work on the many opportunities to enhance the neurofibromatosis community that this research has identified.”

This poster received a top score and will include a short video presentation, along with the poster.

“We, at FSR, believe community and peer engagement are essential for navigating the challenges of living with a chronic rare disease, like sarcoidosis,” says Mary McGowan, CEO of FSR.  “We are proud to partner with Inspire on the Stop Sarcoidosis Support Community to provide this much-needed space for those living with sarcoidosis to come together and share experiences. We look forward to exploring ways to expand our efforts together in support of the sarcoidosis community in the future.”

The second study, “Symptomatology around menopause in patients with Ehlers-Danlos Syndromes and hypermobility spectrum disorders,” was conducted in collaboration with Inspire community partner The Ehlers-Danlos Society. This study, including a survey of more than a thousand patients with a type of Ehlers-Danlos syndromes (EDS) or hypermobility spectrum disorders (HSD), attempted to gain a deeper understanding of changes in EDS or HSD symptoms that may occur during and after menopause.

“The Ehlers-Danlos Society recognizes the lack of research on the important topic of menopause in those with types of EDS and HSD. We are grateful to have this opportunity to partner with Inspire to learn more about how this significant life stage is experienced by those in our community,” says Shani Weber, Community Education Director.

About Inspire
Inspire is the vital partner to the research and medical community, delivering actionable insights for better care, treatments and outcomes. Insights from Inspire’s over two million members offer deep understanding of myriad conditions and their impact on patients. Inspire partners with over a hundred patient advocacy organizations such as FSR, NF Network, and The Ehlers-Danlos Society. Visit us at inspire.com or corp.inspire.com.

WASHINGTON, Oct. 18, 2021 /PRNewswire/ — NASA will provide coverage as an uncrewed Russian cargo spacecraft arrives to a new port at the International Space Station this week, and as another Russian freighter launches and docks to the orbiting outpost next week.

After undocking from the station’s Poisk module, Progress 78 will back out to a distance of 120 miles from the space station for a period of just over 24 hours to allow for station keeping. The spacecraft will then make an automated docking at 12:23 a.m. Friday, Oct. 22, to the Nauka Multipurpose Laboratory Module.

The maneuver will position Progress 78 to conduct leak checks of the Nauka module’s propellant lines before they are used with the new module’s thrusters for orientation control of the station. Progress 78 arrived at the station in July and will depart in late November.

The new Progress 79 cargo craft will launch from the Baikonur Cosmodrome in Kazakhstan at 8 p.m. Wednesday, Oct. 27 (5 a.m. Thursday, Oct. 28, Baikonur time). Progress 79 launch overage on NASA TV, the agency’s website, and the NASA app will begin at 7:45 p.m.

Loaded with almost three tons of food, fuel, and supplies for the station crew, the resupply ship will dock to the aft port of the Zvezda service module at 9:34 p.m. Friday, Oct. 29. Live coverage of docking will begin at 8:45 p.m.

For more than 20 years, humans have lived and worked continuously aboard the International Space Station, advancing scientific knowledge and demonstrating new technologies, making research breakthroughs not possible on Earth. As a global endeavor, 246 people from 19 countries have visited the unique microgravity laboratory that has hosted more than 3,000 research and educational investigations from researchers in 108 countries and areas.

Get breaking news, images, and features from the space station by following @space_station and @ISS_Research on Twitter as well as the ISS Facebook and ISS Instagram accounts.

For more information about the International Space Station, visit:

LOS ANGELES, Oct. 18, 2021 /PRNewswire/ — California home sales closed out the third quarter by reversing a four-month decline and posting the largest monthly increase in more than a year, the CALIFORNIA ASSOCIATION OF REALTORS® (C.A.R.) said today.

Closed escrow sales of existing, single-family detached homes in California totaled a seasonally adjusted annualized rate of 438,190 in September, according to information collected by C.A.R. from more than 90 local REALTOR® associations and MLSs statewide. The statewide annualized sales figure represents what would be the total number of homes sold during 2021 if sales maintained the September pace throughout the year. It is adjusted to account for seasonal factors that typically influence home sales.

September’s sales pace was up 5.6 percent on a monthly basis from 414,860 in August and down 10.5 percent from a year ago, when 489,590 homes were sold on an annualized basis. The month-to-month increase was the largest since August 2020, and despite a continued decline from the prior year, statewide sales maintained a 16.8 percent increase on a year-to-date basis.

“As we move into the off-homebuying season, we should see market competition easing and home prices moderating, giving those who waited out the highly competitive market earlier this year an opportunity to revisit buying,” said C.A.R. President Dave Walsh. “Interest rates are expected to remain low and the availability of homes for sale should improve, which should boost homebuying interest and spur sales.”

After setting another record in August, California’s median home price declined to $808,890, down 2.3 percent from $827,940 in August. The September price was 13.5 percent higher than the $712,430 recorded last September. The median price in California remained above the $800,000 benchmark for the sixth consecutive month but the double-digit price year-over-year price gain was the smallest in 14 months. A change in the mix of sales, once again, played a role in the change in the statewide median price, as the sales share of million-dollar continued to shrink on a month-to-month basis, and prices in the high-end market have been growing at a slower pace than the low-end market in the past two months.

“With the economic recovery remaining on course but progressing at a pace slower than anticipated, rates are expected to rise modestly in the next few months but will remain low,” said C.A.R. Vice President and Chief Economist Jordan Levine. “While statewide home sales are expected to dip slightly next year according to our latest forecast, housing demand will remain solid and post the second highest level of sales in the past five years. The market will stay competitive in 2022 as the normalization continues, and home prices will remain elevated,” said Levine.

Other key points from C.A.R.’s September 2021 resale housing report include:

Note:  The County MLS median price and sales data in the tables are generated from a survey of more than 90 associations of REALTORS® throughout the state and represent statistics of existing single-family detached homes only. County sales data are not adjusted to account for seasonal factors that can influence home sales. Movements in sales prices should not be interpreted as changes in the cost of a standard home. The median price is where half sold for more and half sold for less; medians are more typical than average prices, which are skewed by a relatively small share of transactions at either the lower end or the upper end. Median prices can be influenced by changes in cost, as well as changes in the characteristics and the size of homes sold. The change in median prices should not be construed as actual price changes in specific homes.

Leading the way…® in California real estate for more than 110 years, the CALIFORNIA ASSOCIATION OF REALTORS® (www.car.org) is one of the largest state trade organizations in the United States with more than 200,000 members dedicated to the advancement of professionalism in real estate. C.A.R. is headquartered in Los Angeles.

The transaction will give NFT Procurement a better home, where it holds over 140 Domain names of Celebrities, Athletes and Politicians, (www.nft.nameinserted.com).

The sale is where in exchange Stargaze Entertainment Group will issue Sixty Million shares to HPIL Holding where then HPIL will be filing a registration statement within 30 days to then be able to disperse the shares to HPIL shareholders on a designated plan.

“The update on the OTC review is that we are truly 1-2 days away as the delay has been due to legal counsels’ availability and has been frustrating for all, however I assure it will be done”, said Stephen Brown, CEO.

Safe Harbor: This news release contains forward-looking statements within the meaning of the Private Securities Litigation Reform Act of 1995 (The “Act”). In particular, when used in the preceding discussion, the words “pleased,” “plan,” “confident that,” “believe,” “expect,” or “intend to,” and similar conditional expressions are intended to identify forward-looking statements within the meaning of the Act and are subject to the safe harbor created by the Act. Such statements are subject to certain risks and uncertainties and actual results could differ materially from those expressed in any of the forward-looking statements. Such risks and uncertainties include, but are not limited to, market conditions, general acceptance of the Company’s products and technologies, competitive factors, the ability to successfully complete additional financings and other risks described in the Company’s SEC reports and filing.