BLIA Brings a Prayer, Hope, and Real Action to COP26

GLASGOW, Scotland, Nov. 8, 2021 /PRNewswire/ — Since 1995, the United Nations (UN) Climate Change Conference has been held every year. These two-week summits are an important gathering for world leaders and stakeholders to meet and discuss the ongoing climate crisis at a global level. And this year’s Conference of the Parties (COP26), which takes place in Glasgow, Scotland, has been keenly anticipated. Conference participants, including world leaders, activists, scientists, and nongovernmental organizations (NGOs) such as Buddha’s Light International Association (BLIA), have all expressed their high expectations for this year’s conference. 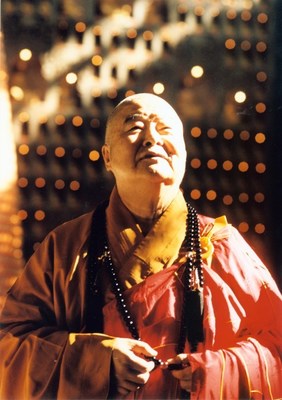 On the opening day, the UN Secretary General Antonio Guterres acknowledged that progress had been made over the past year, but he declared, “It is not enough!” He further stated, “The world remains way off target in staying within the 1.5-degree limit of the Paris Agreement. This is why we need more ambition on mitigation, ambition on adaptation, and ambition on finance.”

With over 3 million members on over 5 continents, BLIA, which is one of the top-five international service organizations in the world, has devoted its resources to a number of activities related to charity programs, and especially those that are devoted to community welfare.

Echoing global concerns about the current climate crisis, BLIA in recent years has initiated several campaigns, such as Vege Plan A, which is meant to encourage people to adopt a vegetarian diet. So far, almost 380,000 people from around the world have joined this campaign. To encourage even more participation in this activity, the BLIA World Headquarters president, the Most Venerable Hsin Bau, announced in November that an action-oriented activity called “VegeRun” would be held. Participants are encouraged to upload their running log to the Pure Green Foundation’s website. For every kilometer completed, BLIA will donate NT$10. The collected sum will then be used to donate vegetarian meals to those in need.

BLIA—in line with Fo Guang Shan, one of the world’s most influential Buddhist organizations; the World Climate Foundation Asia; and the HIMA Foundation, which is widely known for its New Loulan Project that is revitalizing an oasis in China’s Taklimakan Desert—helped to found the Pure Green Foundation (PGF) earlier this year. One of PGF’s most important tasks is to execute a “T-Earth” campaign, which is an all-around global action focused on forest restoration. With the help of Fo Guang Shan and BLIA’s 1,000-plus worldwide branches and subsidiaries, PGF has been able to provide land for tree planting and forest restoration on 5 continents. The first large-scale site was established in Taiwan, with over 100 hectares of land and more than 200,000 trees to be planted in 7 areas in Taiwan. Second-stage plans will include land in other continents, where various sustainable development goals (SDGs) goals can be advanced.

At COP26, BLIA representative George Hu has been invited to participate in two World Climate Foundation events: the World Climate Summit/Investment COP and the World Biodiversity Summit. According to scientists, planting trees around the world is one of the most impactful—and most inexpensive—ways to take CO2 out of the atmosphere and really tackle the climate crisis head-on. BLIA hopes to gradually show people that this is a practical and doable action that everybody can be a part of.

BLIA has also shared “A Prayer for Our Natural Environment” (https://www.youtube.com/watch?v=TvYRtz4QnNA) by its founder, the Venerable Master Hsin Yun:
” …

This hope-filled prayer aims to encourage all Buddhists to take real action on climate change.