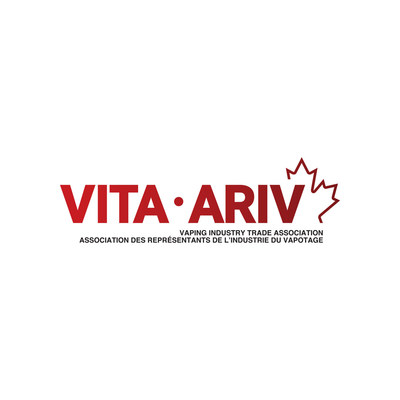 “Last week VITA raised significant concerns to the regulator around their proposal to prohibit flavoured vaping products”, said Daniel David, VITA President. “We are disturbed that in 2021 the government of Canada is proposing regulations that they acknowledge will increase cigarette sales, lead to an unregulated and thriving illicit market and devastate hundreds of small locally owned businesses”, added David.

Perhaps most concerning is that there is no credible evidence that implementing a flavour ban as proposed will achieve the stated objective of reducing youth vaping rates.

“In places like San Francisco and Nova Scotia, which implemented flavour bans to fight youth vaping, we simply didn’t see any significant declines in consumption rates amongst minors”, said Daniel David. “What we did see were significant changes to purchasing behaviours and an increase in cigarette sales – a pattern we are concerned will emerge nationally if this proposal is enacted”, added David.

VITA shares the federal government’s concern around youth vaping. Our belief is that vaping products are for smokers seeking to reduce risk, not for non-smokers and never youth. To better understand the impact and risks, VITA hired a highly experienced and credible third-party company who conducted an in-depth scan of the illicit market operating in Nova Scotia since their flavour ban was enacted a year ago. The findings were clear, prohibition and ineffective enforcement has made the situation far worse, while exposing youth and consumers to unregulated products.

“Existing regulations federally and provincially provide the tools necessary to go after anyone who is selling vaping products to youth, the problem is they’re not being enforced”, said Daniel David, VITA president. “These tools are ineffective if they aren’t being used. We need governments to enforce the laws that prevent youth access, not a new flavour prohibition that removes products that adult Canadians currently rely on to reduce their risk”, added David.

VITA believes strongly that this approach, of robust and expanded enforcement against anyone who may be selling or marketing vaping products to youth is a better pathway than prohibitionist regulations that will increase the smoking rates amongst adults and have little to no impact on youth vaping rates.

Canada’s largest trade association representing the industry’s manufacturers, importers, distributors and retailers, VITA is committed to working with stakeholders and governments to set and uphold regulations for vaping products in Canada. VITA’s approach is based on credible evidence, science, facts, and logic. In our efforts to responsibly grow and defend the category, the Association commits to collaborating with Health Canada and other regulatory bodies to identify best practices and to inform the development of evidenced-based regulations.