WASHINGTON, Sept. 7, 2021 /PRNewswire/ — Nationally recognized radio star and author Cayman Kelly proudly announced he had renewed his contract as the official voice of ESPN’s Monday Night Football (MNF) for the 2021-22 season. Kelly originally contracted with MNF last season, making history as the first African American Voice-Over artist to serve as the Intro voice for the global brand. He regularly acknowledges the importance of Black visibility in the media and considers his MNF work to be singularly special in that regard. While working with MNF, Kelly has also produced other voiceovers for television, album promos, popular morning radio shows, animations, and a variety of upcoming projects and partnerships. 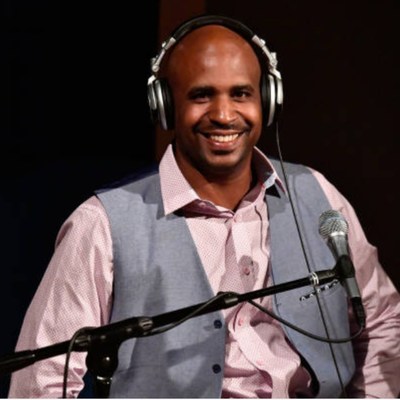 “Working for MNF has been an absolute joy,” said Kelly. “And although time really does fly by – its effects sometimes hitting us like a defensive tackle – I have to say that the past few years have been exceptionally blessed for me. I’ve been doing voiceover work for decades now, but I would never have imagined all those years ago that I’d be where I am today. It’s been a whirlwind trip, but I don’t regret a single step of the journey that got me here. Working with these folks now – epic sports legends, and the exceptional media that promotes them – is an honor I’m happy to continue.”

Monday Night Football: An American Tradition
For over 50 years, MNF has been a hallowed American sports tradition since first airing in 1970, with The New York Jets beating the Cleveland Browns to win the American Football League’s inaugural Super Bowl. With legendary voices like Howard Cosell, Don Meredith, and Keith Jackson leading the way, NFL commentators and voiceover artists have gone through many evolutions. But MNF has remained a cultural staple in the U.S., reinventing how Primetime sports is delivered to a worldwide audience.

This year, the official NFL schedule kicks off MNF on September 13. Listen to Cayman Kelly on ESPN as he introduces the full season, including:

To learn more about the early days of Kelly’s career, check out his #1 Bestselling Amazon memoir, “From $6 an Hour to a Million Dollar Dream.” And for up-to-the-minute news on Cayman’s ESPN show announcements and other voiceover work, follow him on social media: Facebook, Instagram, Twitter.

About Cayman Kelly: The National Voice of ESPN and Monday Night Football
Cayman Kelly is a multimedia professional, host, actor, author, radio personality and leading voice-over artist known for his smooth and contemporary prime-time sound. Kelly began his promising career as a voice-over artist for the BET, and has since created a wide variety of materials for television promos, including TV Land, TV One, Cartoon Network, Bounce and others. His catalog of hosted events and voice-overs is long and distinguished, including multiple major music festivals like Essence, Capital Jazz, St. Kitts, Bermuda, and U Street; a voice performance for “Grand Theft Auto V”; album-release parties for India Aria, Jennifer Hudson, Bobby Brown, Patti Labelle and Alicia Keys; and interviews with Jamie Foxx, Mo’Nique, Janet Jackson, and Mary J. Blige.

Kelly is also the imaging voice for multiple radio stations, including POWER 105.1 in New York, hosting the “The Breakfast Club,” and a popular national show on SiriusXM’s Heart & Soul. Recently, Kelly was chosen as the new voice for ESPN and NFL Monday Night Football – the first African American to achieve that position. Learn more about his life and work at: www.CaymanKelly.com.