Nikon presents new cameras all the time, but DSLRs last forever! This review focuses on their 2017 Nikon D7500 DSLR, a beautiful combination of features and price. The Nikon D7500, a DSLR camera has a lot in common with the Nikon D500 in specifications and is packed in lighter and more compact size. The D7500 is aimed at serious photography hobbyists. This time, we will present a Nikon D7500 review so that you know if this DSLR camera is worth buying. 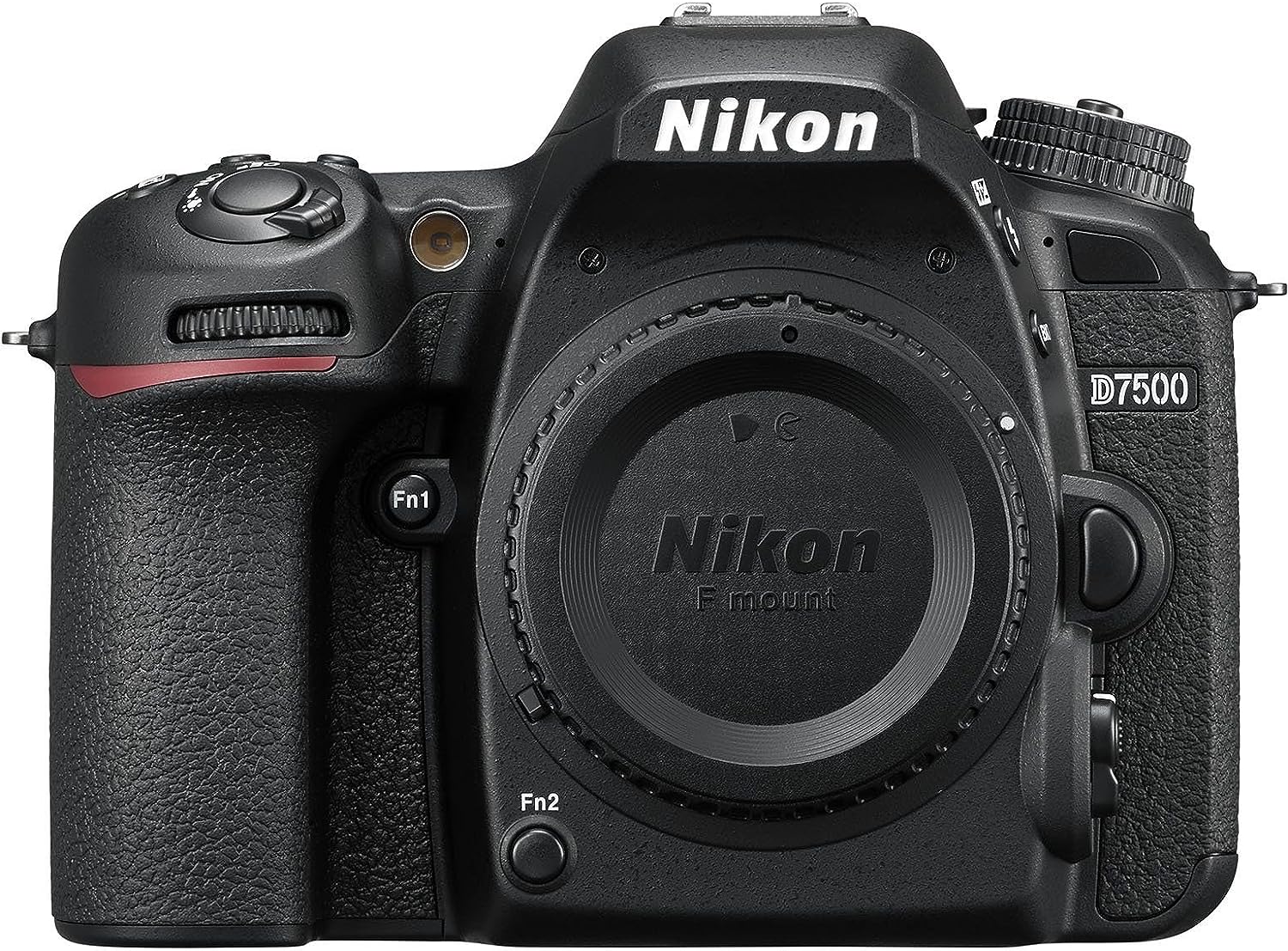 Compared to the previous camera, the Nikon D7200, the D7500 has quite a lot of difference, especially the performance/speed in shooting and image quality in dark light conditions, now the D7500 has a bendable screen, touchscreen, and better quality.

But the old D7200 also has the advantage that it has a slightly larger sensor resolution (24MP vs 20 MP) and is designed to have two card slots (important for professionals). For those of you who currently own the D7200, it doesn’t seem too significant to upgrade to the D7500.

Nikon realizes that many people like the features of the D500, but it’s too expensive or too big, so the solution is the D7500. Compared to the D500, many internal components are different. The D500 has advantages in body durability, viewfinder size, and quality, buffer speed, dual memory card slots, 153 focus point autofocus system (up to the end of the viewfinder) including cross-type, larger buffer, higher resolution monitor screen, and much more.

In short, for professional needs, the Nikon D500 is more capable, but for a hobby, the D7500 is sufficient, more compact, and more affordable. Meanwhile, the Nikon D7500 is suitable for weddings, events, sports, wildlife, music/concert photography.

Features of the Nikon D7500

In terms of connectivity, the D7500 is equipped with Nikon’s signature SnapBridge system. This system connects the camera with Bluetooth and WiFi connection for the transfer of large files. Meanwhile, the NFC connectivity available on the D7200 is now eliminated in the D7500.

The Auto White Balance feature and the metering system on this camera also work perfectly, especially when the camera is shooting exposure photos at high speed.

One of the most visible superior points of the D7500 is a more precise optical viewfinder so that users can get a peek at what the peep lens is like in real-time without delay. This optical viewfinder is ideal for shooting scenarios for sports, outdoor, or low-light conditions.

The battery that Nikon included in the D7500 is also new. It is known that the battery life is 15 percent lower than the D7200 battery. The D7500’s battery is rated for 950 shots on a single charge.

The burst shooting speed increases with a peak speed of 8 fps (from 6 fps previously). The buffer has also increased. The D7500 is capable of processing 50 14-bit RAW photos in one burst.

In terms of design, the D7500 has a shape that resembles the D7200 but is slightly lighter. The camera grip protrusion has also been changed to a deeper level. Compared to the D7200 which feels a bit “risky” when held with one hand, the body of the D7500 feels more stable, as if it doesn’t fall easily.

Like the D7200, the D7500 is also a weather-proof series so it can shoot even in extreme weather conditions. No need to worry if this camera is taken for outdoor activities in all conditions because the camera is also claimed to be dust and water-resistant. On the back is a 3.2-inch LCD which is now foldable. The D7500 now only carries one SD card slot.

Finally, that’s all about the Nikon D7500 review just in case you want to replace your old D7200 with this new Nikon camera which has a better design while it still has similar features.