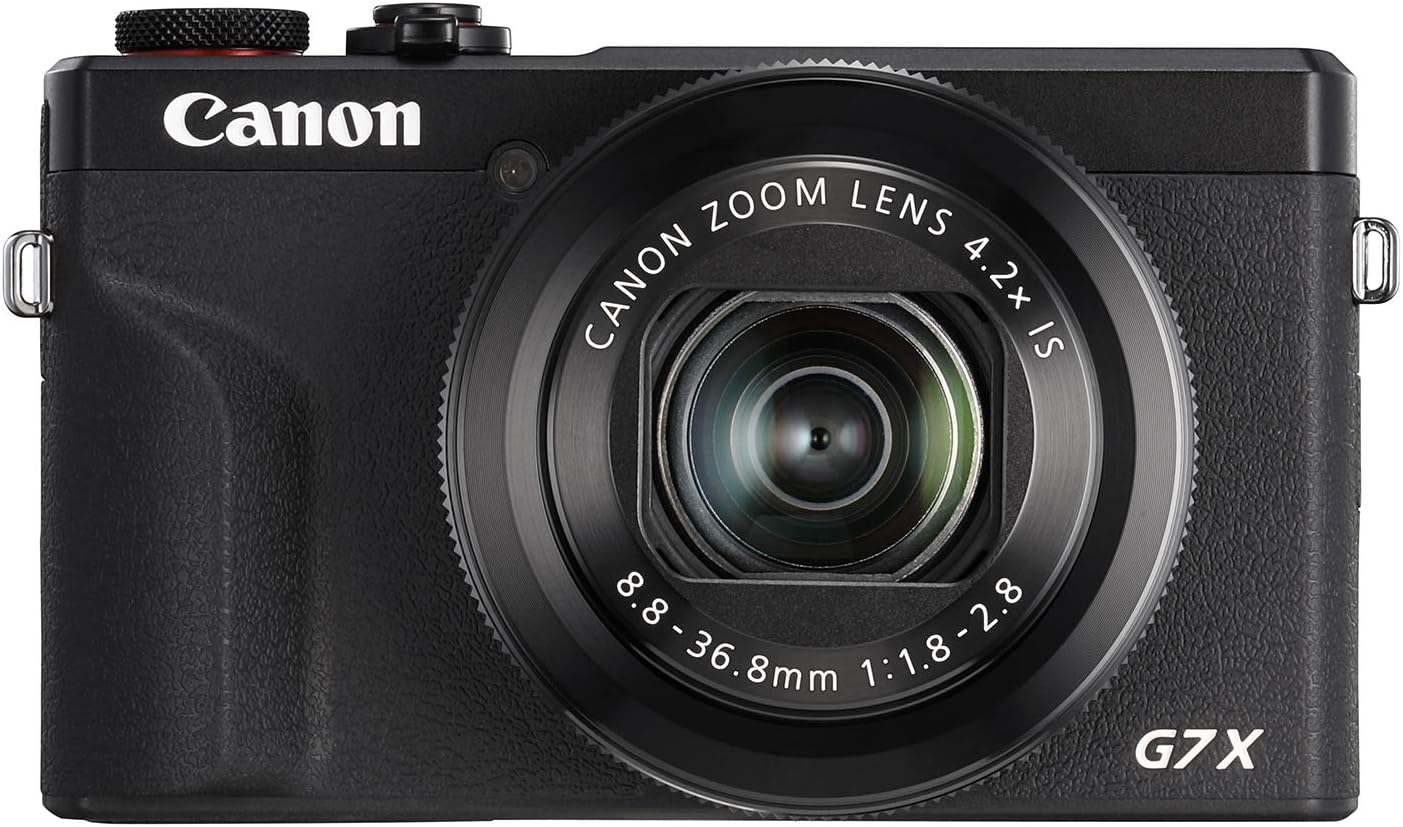 Premium, cushy, elegant. Three words and beautiful thoughts Canon pursues through this product. From its 24-100mm Equiv Fi.2-2.8 lens and body design. Not necessarily only from its body and lens, but this upgrade from it’s predecessor is spicy to say the least.

For its size, this camera is pretty standard with a 3” body size. It is also able to flip it’s screen upward to 180° angle for vlogging and selfie capture, or 45° for an overhead shot. The touchscreen itself works for both 180° and 90° angle.

The Performance, Is It Worth It?

The Canon PowerShot G7X Mark III itself has pretty reliable performance, which is helped by a 20 MP 1”-type stacked CMOS sensor. With this quality, Canon PowerShot G7X Mark III can make a 4K/30p and 1080/60 video recording both in the vertical or horizontal position. Also, slow motion video in 1080/120p is available, yet neither audio nor autofocus is included. Definitely recommended for vlogging activity, especially when it comes with a built-in live YouTube streaming support. A YouTuber’s camera!

The digital camera’s wireless features come with Wi-Fi and Bluetooth support, which is common enough, to instantly transfer data and files at any time. .

In the body, there are three ports, which you can use to connect USB, HDMI, and microphone. The USB and HDMI port is on the right side, while the microphone input stats on the left. To be noted, the USB port uses a Type-C socket with an equal transfer speed with the USB 2.0.

Talking about its charger, take consideration of its battery life. Unfortunately, its battery performance has decreased from its previous version. The value for its battery is worth about 235 shots but possible to expand, under circumstances such as limiting usage of Wi-Fi and also video capturing. As mentioned, this camera is also able to do live streaming which will play a role in battery life as well.

Despite its weaknesses, this camera has secured its place in the public’s heart, especially among YouTube Community. Not only is it pretty & elegant, easy to carry, but it produces good quality photos and videos. With use of an SD card and wireless transfers, this digital camera makes taking and sharing beautiful pictures easy!