ORLANDO, Fla., July 24, 2021 /PRNewswire/ — The 2021 Florida Cup tournament will be televised in more than 100 countries worldwide, event organizers announced. In the U.S., the Florida Cup will air on ESPN2, ESPN3 and ESPN Deportes. The event, which features international clubs Everton, Millonarios, Atlético Nacional and Pumas, will take place on July 25 and 28 at Camping World Stadium in Orlando. 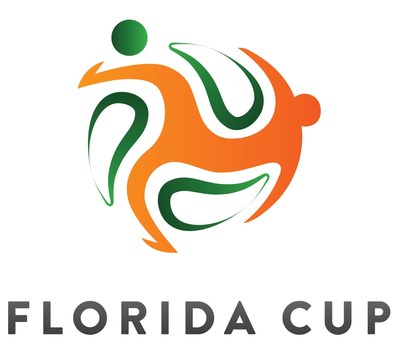 “The broadcast partnerships for this year’s Florida Cup demonstrate the global appeal of our clubs and their star players,” said Florida Cup CEO Ricardo Villar. “We are especially proud to showcase all that Orlando has to offer to millions of viewers around the world.”

ESPN headlines the list of broadcasters, with territory rights in the the United States, Mexico, Central America and all of South America. A full list of broadcasters and their territories is available at the end of this release. The rights agreements were brokered by IMG.

Sunday features a historic match between English Premier League squad, Everton, and Colombian powerhouse Millonarios FC. Everton have spent a record 118 seasons in England’s top flight and feature Colombian-born star James Rodriguez, who will be meeting a club from his home country for the first time. Millonarios’ visit comes on the heels of a strong showing in Categoría Primera A, concluding with the club’s 25th finals appearance in Colombia’s top league.

In the U.S., the July 25 Everton vs. Millonarios will be televised on ESPN2 and ESPN3, with the July 28 matches on ESPN3 and ESPN Deportes.

General admission tickets for each day are on sale at FloridaCup.com. Tickets for July 25 are $20 each, while tickets for the July 28 doubleheader are $35.

About Florida Cup
The largest annual international soccer event in the Sunshine State, the Florida Cup is a global platform that combines sports, music and entertainment. In 2020, the event’s live attendance exceeded 40,000 people, with an international T.V. audience reaching over 5 million unique viewers. Across social networks, content posted by official event pages and shared worldwide reached more than 100 million people. For more information on the Florida Cup, visit FloridaCup.com, or follow us on Facebook, Twitter and Instagram.

About Florida Citrus Sports
Florida Citrus Sports is a not-for-profit event management organization dedicated to positively impacting the Orlando region while enhancing the quality of life in Central Florida through world-class events, including the Vrbo Citrus Bowl, the Cheez-It Bowl, the Florida Blue Florida Classic, the Florida Cup and the Camping World Kickoff. For more information, visit FloridaCitrusSports.com.

About IMG
IMG is a global leader in sports, fashion, events and media. The company manages some of the world’s greatest athletes and fashion icons; owns and operates hundreds of live events annually; and is a leading independent producer and distributor of sports and entertainment media. IMG also specializes in licensing, sports training and league development. IMG is a subsidiary of Endeavor, a global entertainment, sports and content company.

About Everton FC
One of the 12 Founder Members of the Football League, Everton has spent more seasons in England’s top division than any other Club (118) and been crowned league champions on nine occasions.

Founded in 1878 as St Domingo, the Club has also lifted the FA (Football Association) Cup five times and, in 1985, added the European Cup Winners’ Cup to its prestigious haul.

Throughout its 142-year history Everton has been known as a family-oriented Club based on proud traditions, affectionately referred to as ‘The People’s Club’. Those traditions have also encouraged innovation, ensuring Everton has remained one of the great pioneering Clubs in the history of the game. The first Club to construct a purpose-built football stadium, Goodison Park is one of the most revered stadiums in England. In the coming years the Club will be looking to maintain those traditions in a new 52,888 capacity stadium at Bramley-Moore Dock, ensuring the Club’s roots remain in north Liverpool for generations to come.