Yet another record total at Lotto Max – A total of $140,000,000 will be offered in the next draw – 34 Maxmillions prizes were won yesterday

MONTRÉAL, June 16, 2021 /CNW Telbec/ – In yesterday’s Lotto Max draw, 34 Maxmillions ($1,000,000 prizes) were won in last night’s Lotto Max draw thanks to selections sold in British Columbia, The Prairies, Ontario, Québec and the Atlantic Provinces. As such, the next Lotto Max draw on Friday, June 18 will offer a total of $140 million, i.e. a $70 million jackpot and 70 prizes of $1 million. Just like the past three draws, Friday’s draw will be the biggest jackpot ever offered in the history of Loto-Québec and all of Canada. 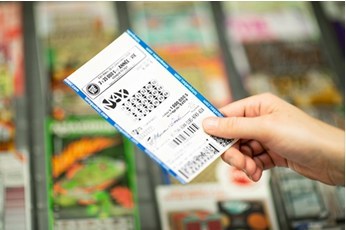 In addition to these jackpots, many prizes of $1,000,000 or more have been won across the province: a total of 149 Maxmillions and 5 prizes in the 6/7+Bonus category—not to mention, 108 Maxmillions prize shares. In all, over $2.304 million have been won by Québec Lotto Max players!

Draw results are now available at lotoquebec.com and via the Lotteries app.

Lotto Max at a glance

About Loto-Québec
Loto-Québec’s mission is to responsibly and efficiently manage games of chance in a controlled and measured fashion in the interest of all Quebecers. Entertainment is at the heart of its activities. Between January 1 and June 6, 2021, Loto-Québec paid out 60 prizes of $1,000,000 or more to winners. The Gagnant à vie and Grande Vie lotteries have provided 12 lucky winners with a lifetime annuity. Major prize winners are listed on the Winners page of the Lotteries website.