WILSON CEMENTS ROLE IN BASKETBALL CULTURE AT ALL LEVELS OF PLAY, ANNOUNCING LONG-TERM PARTNERSHIP EXTENSION WITH THE NCAA®

CHICAGO, Nov. 3, 2022 /PRNewswire/ — As the top collegiate athletes prepare to return to regular season competition around the country, Wilson Sporting Goods Co. further cements its role in basketball culture – at every level of play. 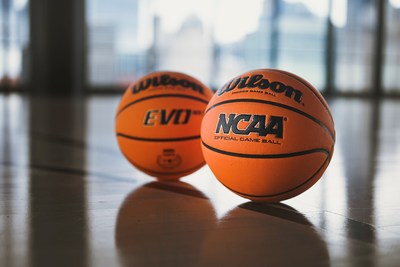 The Chicago-based sporting goods company extends its well-established partnership with the National Collegiate Athletic Association® (NCAA) as the official ball of March Madness and the Final Four for both the men’s and women’s basketball championships and the National Invitation Tournament (NIT®). The extension builds on a storied relationship spanning more than two decades.

“We are thrilled that the NCAA and Wilson are continuing a successful and collaborative partnership that has benefited our student-athletes, coaches and teams,” said Dan Gavitt, NCAA senior vice president of basketball. “Wilson has one of the most respected and well-known brands in the sports industry, and we look forward to experiencing their top of the line, evolutionary basketballs at our men’s and women’s championships.”

Additionally, the Big Ten Men’s and Women’s basketball championships will exclusively use the Wilson NCAA Evo NXT ball for their tournament, joining other conference championships such as the SEC, PAC-12 and Big 12.

“We at Wilson take great pride in extending our long-standing partnership with the NCAA® and are pleased to see more of their member institutions and athletic conferences choose Wilson for both regular season and championship play,” said Kevin Murphy, Global General Manager for Wilson Team Sports. “It is truly a testament to Wilson’s athlete-first mentality, ensuring players at all levels of the game are equipped with the best in basketball innovation, every time they step on the court.”

Chicago, USA-based Wilson Sporting Goods Co., a subsidiary of Amer Sports Corporation, is the world’s leading manufacturer of high-performance sports equipment, sportswear and accessories. The Company brings more than a century of innovation to sport at every level of play. It uses player insights to develop products that push equipment innovation into new territories and empower athletes at every level to perform at their best. Visit www.wilson.com for more information.