SEATTLE, Oct. 5, 2022 /PRNewswire/ — Game to Grow, a non-profit organization dedicated to the use of games for therapeutic, educational, and community growth, released Critical Core this Fall, a first-of-its-kind, tabletop RPG (role-playing game) designed specifically for children and young adults on the autism spectrum, as well as those with ADHD and other learning and processing differences.

Game to Grow Co-Founders Adam Davis and Adam Johns, known endearingly in the mental health space as ‘The Adams,’ have spent over a decade exploring and developing modalities around game-based therapy, facilitating group gaming sessions designed to combat isolation and build confidence in kids. Critical Core was designed to offer an encouraging space for kids to grow relationship skills and creative problem solving. After officially launching their non-profit via crowdfunding in 2017, Game to Grow partnered with Hong Kong-based DentsuMB – a creative agency with an emphasis on social good – to ideate and develop Critical Core. The game was also developed in collaboration with pediatric occupational therapist Dr. Virginia Spielmann (Executive Director of The Star Institute for Sensory Processing) and the ICDL (Interdisciplinary Council for Developmental Learning).

“Before starting Game to Grow, we held drop-in groups for kids to play games like Dungeons & Dragons, which was a big inspiration for Critical Core,” says Adam Davis, who holds a master’s degree in education and utilized his training in drama therapy to develop this unique game-based model. “Our approach has never been about addressing any kind of ‘deficit,’ but rather creating a space where kids can flourish socially on their own terms.”

To better prepare facilitators of therapeutic gaming sessions, Game to Grow offers comprehensive training on their specific methodologies and best practices, including on-demand workshops and webinars tailored for mental health professionals and educators who utilize gaming in their practice. A knowledgeable team of therapists, psychologists, and autistics advised the Game to Grow team throughout the development stages to ensure that Critical Core met its primary therapeutic goals in building social confidence, frustration tolerance, emotional resilience, and caring for others, all while rolling dice and having fun.

“We create an intrinsically appreciated environment for socialization,” says Co-Founder Adam Johns, Licensed Marriage and Family Therapist. “The gameplay and structure of Critical Core (along with the training processes) are rooted in positivity and flexibility. We create an environment where players can make mistakes without feeling ostracized from the group, and gameplay can be tailored and adapted to best suit each individual’s unique needs.”

Critical Core was originally launched on Kickstarter in 2019, fully funded in 8 hours, and backed by 3,157 backers from around the world. Hundreds more have pre-ordered physical kits through BackerKit, and over 500 individuals have purchased the digital version of Critical Core. As part of the Kickstarter, supporters could purchase “Good Cause” copies to be donated to hospitals, clinics, schools, or other sites. Over 500 donated copies will be delivered at no cost.

The tabletop game will include physical components like cards, dice, tokens, and maps. As the majority of group sessions have been held virtually in recent years, the organization looks forward to sharing tactile components that will elevate the gaming experience, especially as in-person group sessions begin to return.

“The most satisfying thing has been witnessing the connections these kids have made with each other as a result of this community,” says Adam Davis, “particularly for those who have struggled to cultivate meaningful friendships in school or extracurricular activities. While traditional developmental therapy does a great job in teaching ‘social skills,’ our goal has been to give kids the opportunity to apply those skills and improve upon them in a safe, welcoming environment.”

The tabletop edition of Critical Core is now available for purchase. For more information on Game to Grow and Critical Core, visit gametogrow.org and criticalcore.org. Those interested in supporting the organization can donate and learn about other ways to contribute at gametogrow.org/support/. 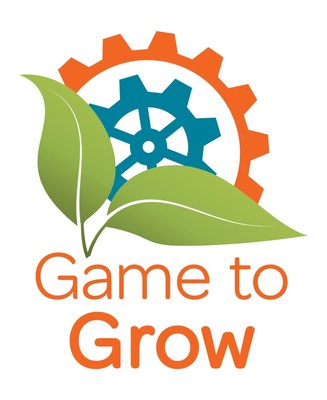