RIYADH, Saudi Arabia, April 20, 2022 /PRNewswire/ — The two Turkish muezzins, Muhsin Kara and Albijan Celik, won the international competition of the Holy Quran recitation and the call to prayer, Otr Elkalam (Scent of Speech), the unique competition that brought together the most talented muezzins from all over the world. The Turkish contestants overcame strong rivalries to win the first and second prizes for the most beautiful voices in delivering the call to prayer. This success contributed to the realization of Kara’s dream of being able to record his call to prayer on the radio in many maqams and achieve wide popularity. On the other hand, Albijan has already started planning to restore the mosque of his grandfather’s village in Macedonia. 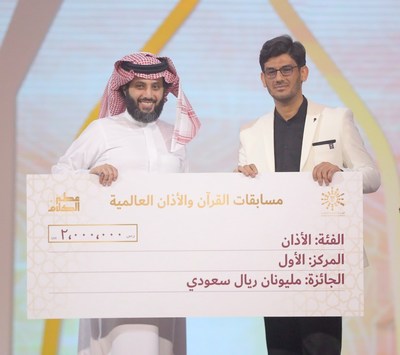 Kara joined the competition via the Internet, where the General Entertainment Authority, which organizes and supervises the competition, facilitated the method of participation. After an exceptional performance in the final qualifiers in the category of the call to prayer, Kara succeeded in winning first place in the call to prayer category, receiving a prize of SAR2 million ($533,200).

The winner of the second prize, amounting to SAR1 million (($266,600), “Albijan Glik” does not speak Arabic, yet he managed to impress the jury with his sweet voice, which touched the hearts of the multinational viewers of Otr Elkalam show.

Kara began his journey with the call to prayer at the age of eight. He loved the great companion Bilal al-Habashi, and he went through many experiences. He delivered the call to prayer in a number of large mosques in Germany, Iran and Turkey, and he hopes that the competition will open the doors of fame for him to deliver the call to prayer everywhere. 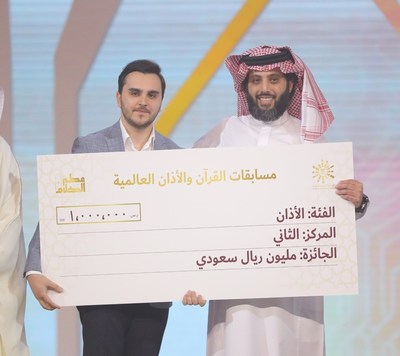