WASHINGTON, July 14, 2022 /PRNewswire/ — On July 13, 2022, the Philos Project, In Defense of Christians, the American Sephardi Federation, and the Mimouna Association met with Members of Congress on Capitol Hill to present the Abraham’s Missing Child initiative. 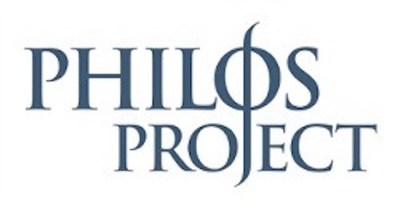 The Abraham Accords, initiated in 2020, charted a new course in the history of Arab-Israeli relations, with the United Arab Emirates, Bahrain, Sudan, and Morocco agreeing to fully recognize and normalize diplomatic relations with the State of Israel.

The Abraham’s Missing Child initiative was launched by the Philos Project in May 2022, in cooperation with partner organizations, including In Defense of Christians, the American Sephardi Federation, the Hellenic American Leadership Council, and the Iraqi Christian Relief Council and Sharaka, to ensure the Near East’s ancient Christian communities are represented in a rapidly changing and dynamic Middle East. Recent strategic developments and diplomatic progress have created unprecedented opportunities for regional peace, physical security, and economic prosperity. The Abraham’s Missing Child initiative seeks to make space for the Near East’s endangered Christian communities to join their Muslim and Jewish neighbors in contributing to, and benefitting from, this sustained peace and prosperity.

“The Abraham Accords marked an incredible first step towards securing peace in the Middle East. But we must ensure Christians in the region are not forgotten in the process,” said Congresswoman Lisa McClain, adding, “I applaud the Philos Project, and their partners, for their work on this critical issue, and I look forward to working with my colleagues in Congress to help turn this initiative into a reality.”

According to Richard Ghazal, Executive Director of In Defense of Christians, “Our task is to seize on the positive momentum started by the Abraham Accords and guide it for the good of the entire region—including the ancient and endangered Christian communities—to secure a sustainable peace in the Middle East.”

Jason Guberman, Executive Director of the American Sephardi Federation, shared, “We are grateful for the support of so many members of Congress who prioritize the value of pluralism. When cities like Alexandria, Baghdad, and Constantinople were home to a mixed multitude of Jews, Christians, and other minorities, the region was at its most peaceful and prosperous. Ensuring that Christians have a seat at the Abraham Accords’ table is essential to returning the region to economic, social, and spiritual success.”

“The Philos Project is grateful to the Members of Congress and their staffs who met with the Abraham’s Missing Child coalition. The trend toward peace among the Abrahamic peoples will lead to greater regional stability and economic opportunity in the years to come,” said Andrew Doran, Senior Research Fellow at the Philos Project.