NORTH VANCOUVER, BC, June 10, 2021 /CNW/ – On June 10, the Squamish Nation formally gave notice to the Province of B.C. to defer old-growth logging for two years in the Nation’s 690,000 hectares while the Nation develops long-term sustainability plans. 78,000 hectares of the Nation’s old-growth forest are at risk unless the Province immediately halts new clear cuts. These forests belong to the Squamish People and were never ceded. 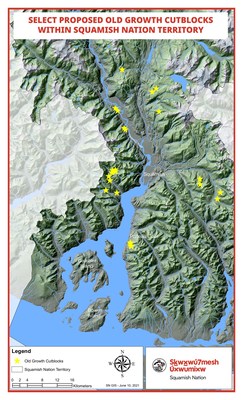 While 44 per cent of the Squamish Nation territory’s old-growth has been protected, 56 per cent remains unprotected. The Nation does not give its consent for continued old-growth logging within its territory.

The B.C. Government has failed to take immediate steps to implement the urgent recommendations of the Old Growth Strategic Review panel, and the Squamish Nation calls on the Province to act on its comments and concerns.

The Nation’s call for deferrals aligns with Minister of Forests, Lands, Natural Resource Operations and Rural Development Katrine Conroy’s comment that “The first step is putting Indigenous peoples at the centre of land management in their respective territories.”

“This call requires the Province to take meaningful action toward honouring its commitments regarding old-growth forest management, including the implementation of immediate logging deferrals and enabling the full participation of Indigenous Nations in these processes,” says Spokesperson and Councillor Khelsilem.

The Squamish Nation has identified at least 20 cut blocks within Squamish Nation territory with old-growth logging activities proposed in the next five years. These forests are all within 150 km of Vancouver, and house intact ecosystems which have re-generated naturally under Squamish Nation stewardship since time immemorial.

“Old-growth trees would not be falling, and everyone would have more certainty, if the Province had put immediate deferrals on all at-risk old-growth as per recommendation six of the Old Growth Strategic Review,” says Khelsilem.

Industry and the Province are advised that the Squamish Nation does not want additional cut blocks in old forests to be proposed in future harvest plans. The Squamish Nation’s 2001 Xay Temixw Land Use Plan – developed through in-depth consultation with Squamish People, including Elders and cultural knowledge holders – articulates the importance of protecting old-growth forests of all types and the need for the Nation to be involved in the economic opportunities of harvesting.

In 2021, the Squamish Nation plans to review and update the Xay Temixw Land Use Plan considering legislative and case law changes to recognize Indigenous title and rights. The Squamish Nation stands ready to provide direction to the Province about the sustainable management of lands, waters, and forests that rightfully belong to the title holders, the Squamish People.

The Sḵwx̱wú7mesh Úxwumixw (Squamish Nation) is a vibrant and dynamic Coast Salish Nation with a strong culture, rich history, and bright future.

The Sḵwx̱wú7mesh Úxwumixw (Squamish Nation) has existed and prospered within their territory since time immemorial. As descendants of the Coast Salish Indigenous Peoples, the Sḵwx̱wú7mesh stelmexw (Squamish People) continue to occupy and govern their land, practicing their rights, title, and identity.

The culture and traditions of the Sḵwx̱wú7mesh stelmexw (Squamish People) are strongly interconnected with their land, waters, and upbringing. Their language is the Sḵwx̱wú7mesh Snichim (Squamish language), and their society is organized and sophisticated, with complex laws and rules governing all forms of social relations and economic rights. 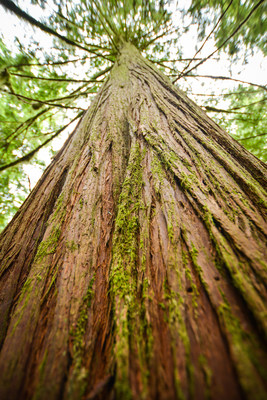