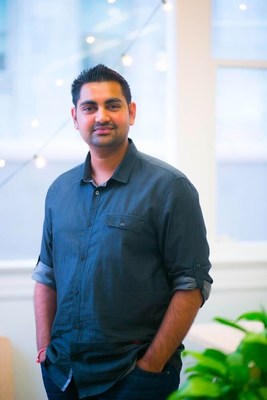 Shah is a seasoned entrepreneur and business development executive. As DoorDash’s first revenue leader, he built the business development, strategic partnerships, enterprise and new verticals functions during the company’s formative years. Prahar led DoorDash’s partnerships with major national chains, including Taco Bell and The Cheesecake Factory, and also led the company’s expansion into new verticals such as alcohol, grocery, and convenience delivery. He has been named to Nation’s Restaurant News’ Power List, as one the most influential power players in the food industry.

Prior to DoorDash, Prahar founded Mobee, a VC-backed retail data company that was successfully acquired by Wiser and continues to operate today. He earned an Honors in Business Administration from Ivey Business School at Western University and an MBA from the Massachusetts Institute of Technology (MIT).

“We couldn’t be more excited to have Prahar join the Serve team to lead our ongoing partnership expansion. He has the depth of food technology and business development experience to help us expand our growing platform,” said Serve Robotics co-founder and CEO, Dr. Ali Kashani. “Prahar’s appointment will accelerate Serve’s path to commercial scale as we work to bring autonomous delivery to more cities and countries in the coming months.”

Serve Robotics is shaping the future of sustainable, self-driving delivery. The company designs, develops and operates zero-emissions rovers that serve people in public spaces, starting with food delivery. Founded in 2017 as the robotics division of Postmates, Serve set out to build a robotic delivery experience that delights customers, improves reliability for merchants, and reduces vehicle emissions to zero. Five years later, the company’s self-driving rovers have successfully completed tens of thousands of contactless deliveries in Los Angeles and San Francisco. Spun off as an independent company in February 2021, Serve is backed by Uber and other world-class investors. Serve has several established commercial partnerships and continues to expand its partner platform. Find out more at www.serverobotics.com, follow us on social media via Twitter and Instagram, or apply to join our team on LinkedIn.