Senator Tom Cotton, a Republican senator for Arkansas since 2015, recently said in an interview with the Arkansas Democrat Gazette “We have to study the history of slavery and its role and impact on the development of our country because otherwise we can’t understand our country. As the founding fathers said, it was the necessary evil upon which the union was built, but the union was built in a way, as Lincoln said, to put slavery on the course to its ultimate extinction.”

This comes after Senator Tom Cotton pushed legislation to defund schools teaching the 1619 Project, a series of educational curriculum designed to teach the history of America in terms of slavery. 1619 represents the year the first slave ships arrived.

According to CNN, Cotton viewed the 1619 Project as “a racially divisive, revisionist account of history that denies the noble principles of freedom and equality on which our nation was founded. Not a single cent of federal funding should go to indoctrinate young Americans with this left-wing garbage.”

So what does Arkansas Senator Tom Cotton mean? 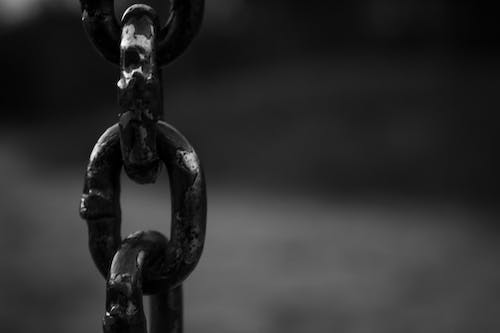 Let’s dissect what the Senator is referring to when he says the 1619 Project is “liberal garbage”, a common way for republicans to cite progressive policy.

What Cotton is doing here is making the issue of slavery partisan, and misrepresents the idea behind the 1619 project. The Senator justified his cause, which received major backlash by liberals and anyone who understands the need for the 1619 Project.

According to the Washington Examiner, in an opinion written by Tiana Lowe, Tom Cotton’s remarks simply state his understanding of the founding fathers, “and he is owed an apology and a correction from the absolute dregs of journalism.”

The problem with this is his remarks were a justification for pushing the Saving American History Act of 2020, an act specifically designed to silence the 1619 Project, and defaming the project as “liberal garbage” and “racially divisive”.

The full quote is as follows:
“The entire premise of the New York Times’ factually, historically flawed 1619 Project … is that America is at root, a systemically racist country to the core and irredeemable. I reject that root and branch,”

“America is a great and noble country founded on the proposition that all mankind is created equal. We have always struggled to live up to that promise, but no country has ever done more to achieve it.”

By arguing that the fight against systemic racism is racially divisive, the Arkansas Senator essentially claims that fighting against racism is a liberal agenda. He doesn’t believe racism exists, much less the need to educate students on the origin of racial oppression, slavery and the overall effects of them on American History.

A quick response to Tiana Lowe, when Cotton says “As the Founding Fathers said” and “as Lincoln said”, yes he is pointing out that these are views the founding fathers held, he is also using them to make his point, that slavery was a “necessary evil” and that this nation not only thrived on slavery, but it was a crucial and necessary factor to the founding of the U.S.

Slavery was absolutely not necessary, nor was the 400 years of oppression that followed it. Intentionally defunding schools that teach this, and making it a political issue to educate the new generations on a major defining aspect of American history, is part of that 400 year oppression. Silencing awareness of America’s dark past is truly racially divisive, and the legislation is attempting to add that division to law.

It’s not clear on why the Senator pushing this legislation, as he has officially called slavery a defining factor in American History. If that is the case, why not push for the 1619 Project. Simply stating the project is divisive because it highlights oppression throughout the 400 years, and that you don’t believe the U.S. to be founded and run by systemic racist oppression, isn’t satisfactory when you defend your legislation and the words of the founding fathers.