PHILADELPHIA, Oct. 28, 2022 /PRNewswire/ — After several impressive playoff series, the Philadelphia Phillies are heading to the MLB World Series for the first time in 13 years; and Rally House is thrilled to celebrate this significant milestone alongside all the dedicated fans. Phillies supporters everywhere are shouting with excitement to see their team make it to the final showdown against the Houston Astros, and Rally House has the largest selection of Phillies gear, including Phillies postseason apparel and merchandise! 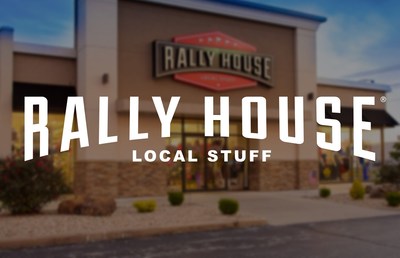 There are numerous Rally House storefronts around Philadelphia, which has allowed the company to build a special bond with the many sports fans in the area. “You can feel the buzz of excitement in the air all around the city,” says Senior District Manager Rebecca Young. “And our Rally House teams here in Philly are eager to match that energy as we help everyone gear up to cheer for the Phillies in the World Series!”

Rally House is proud to carry a wide assortment of Officially Licensed Philadelphia Phillies postseason gear in-store and online to help fans commemorate this special occasion for years to come. Customers will find an array of remarkable products in this collection, including Phillies NLCS Champs hats, Phillies World Series Bound shirts, and Phillies World Series Participant jerseys. Plus, there’s various player-specific merchandise in the Phillies Store at Rally House, like Bryce Harper gear for all of the devoted followers rooting for him in his first World Series appearance.

Philadelphia baseball fans can turn to any of the 13 Philadelphia Rally House stores for Phillies apparel, accessories, and memorabilia, with varied selections by location. Additionally, there’s a comprehensive selection of products available to ship to any of the 50 states in our online MLB Shop at www.rallyhouse.com. Customers can also follow Rally House Philadelphia on Instagram (@rally_philly) and Twitter (@Rally_Philly) for updates and store news.