SEWICKLEY, Pa., May 20, 2021 /PRNewswire/ — Jason Richey, a proud Aliquippa native, Allegheny County resident and partner at Pittsburgh’s K&L Gates law firm, announced he will lead “The Great Pennsylvania Comeback” as a Republican candidate for Governor of Pennsylvania in 2022. Richey believes that his leadership will unleash Pennsylvania’s economic power and provide massive opportunity for everyone, including generations of Pennsylvanians to come. 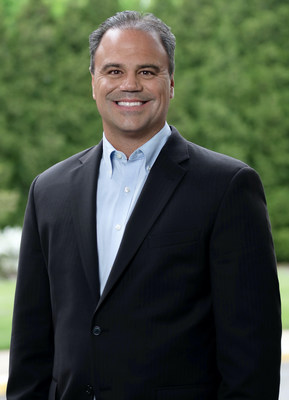 “Growing up in Aliquippa, I witnessed firsthand the impact that economic downturn and lack of opportunity can have on our residents. The consequences of punitive taxation have inhibited growth and destroyed some of Pennsylvania’s hardest-working communities.” Richey said. “For 40 years, too many communities have faced similar struggles as we’ve watched the state’s mismanagement lead to nothing but the growth of more government and the continuous decline of our state’s economy. We need a change now.”

For more than two decades, Richey built a successful legal career and gained a reputation as one of the toughest litigators in the country. He led the legal battles to uncover government corruption in more than 40 states and continually defended the energy, manufacturing, and construction industries.

Richey never considered a run for political office until he witnessed how the current administration ripped away the freedoms of his fellow Pennsylvanians, destroying their livelihoods and businesses with crippling restrictions. That compelled him to help clean up the economic mess caused by Gov. Wolf and Attorney General Josh Shapiro.

“With the legal cover from Josh Shapiro, the Wolf Administration’s arbitrary COVID policies significantly damaged Pennsylvania’s economy in the short term,” Richey said. “Pennsylvania’s lack of long-term economic and population growth has been caused by Harrisburg’s failed leadership and its archaic laws. This is exactly why I developed the ‘Contract with Pennsylvania.'”

Richey’s “Contract with Pennsylvania” is an all-encompassing, comprehensive plan for the future of the Commonwealth. Aimed at responsibly reducing the size and scope of state government, the plan focuses on lowering taxes, driving business investment and the continued development in the energy, manufacturing and construction sectors. As governor, he will eliminate wasteful and redundant spending while increasing investments for innovative and proven education and healthcare programs. Richey champions a 0% state income tax on both personal and business income. His plan would cut the cost and size of the state’s legislative and executive branches, as well as eliminate unnecessary bureaucracies, such as the Liquor Control Board and the Pennsylvania Turnpike Commission. Finally, Richey has a laser focus on restoring integrity and trust in our elections and government institutions

“Next year, Pennsylvania’s Republicans have the opportunity to reject government as usual, and nominate an outsider for governor who can bring real solutions, real changes that benefit every community in the Commonwealth and can deliver a victory in November,” Richey said. “It’s time for Pennsylvania’s comeback.”

Richey, 49, and his wife Melissa live in Sewickley with their three teenage sons, Justin, Logan and Marcus, who attend Quaker Valley High School. To learn more, visit his website at www.JasonRichey2022.com.