The Decision, taken by Health Canada, to decriminalize possession of MDMA under 2.5g, comes pursuant to a request from the Government of British Columbia

VANCOUVER, BC, June 2, 2022 /CNW/ – PharmAla Biotech (CSE: MDMA) strongly endorses the decision by the Government of Canada to decriminalize possession of 2.5g or less of MDMA in the province of British Columbia. 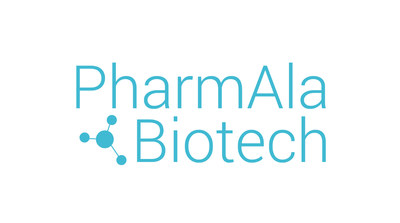 “This decision is critically important. As a company focused on the manufacturing of legal MDMA for clinical research, we strongly believe that MDMA is safe for human use, and of medical benefit if taken as part of a treatment regimen,” said Jodi Butts, Board Chair of PharmAla Biotech. “While more work needs to be done, we are happy to see the Government of Canada take this historic action in British Columbia.”

PharmAla Biotech is the only manufacturer of MDMA for clinical use in North America. It does not engage with, nor will it benefit in any way, from the decision taken by the Governments of British Columbia and Canada over the possession of illicit MDMA.

“MDMA does not fit the profile of a Schedule I narcotic. It is, generally speaking, well tolerated. However, the threat of illegal supply and toxic contaminants is a serious public health risk,” said Nick Kadysh, PharmAla’s CEO. “PharmAla developed the only MDMA manufacturing value chain in North America in order to provide clinical researchers with the supplies they need to complete valuable scientific research – and our own research into novel MDMA analogs will heighten the safety profile of this molecule, so it can be used as a medicine.”

For more information, please visit www.PharmAla.ca, where you can sign up to receive regular new updates.

PharmAla Biotech Holdings Inc. (CSE: MDMA) is a biotechnology company focused on the research, development, and manufacturing of MDXX class molecules, including MDMA. PharmAla was founded with a dual focus: alleviating the global backlog of generic, clinical-grade MDMA to enable clinical trials, and to develop novel drugs in the same class. PharmAla is a “regulatory first” organization, formed under the principle that true success in the psychedelics industry will only be achieved through excellent relationships with regulators. Our team of dedicated professionals includes regulatory experts, scientists, and biomanufacturing professionals. PharmAla has built what it believes to be North America’s first cGMP MDMA value chain, encompassing GMP manufacturing of Active Pharmaceutical Ingredient (API), and drug product formulation. PharmAla’s research and development unit has also begun preclinical research into two patented Novel Chemical Entities (NCEs) based on MDXX class molecules, with proof-of-concept research currently ongoing at the University of Arkansas School for Medical Sciences in the United States and at InterVivo Solutions in Canada. For more information, visit www.PharmAla.ca.