New Recommendation Against Perinatal Mental Health Screening Has Potential to Further Jeopardize the Health and Well-Being of Mothers, Birthing Persons, and Families in Canada

OTTAWA, ON, July 29, 2022 /CNW/ – The Canadian Perinatal Mental Health Collaborative (CPMHC) believes the recommendation by the Canadian Task Force on Preventive Health Care (CTFPHC) against perinatal mental health screening will do more harm than good and needs to be reconsidered in light of the current climate and evidence. 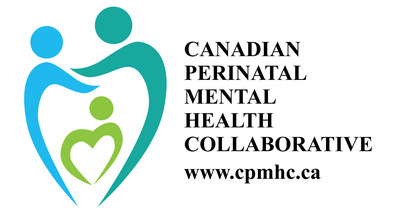 “We need more strategies to identify individuals who would benefit from services and supports, not fewer,” said CPMHC Co-Executive Director, Jaime Charlebois. “To assume that perinatal people are regularly asked about their mental health and well-being and make a recommendation based on that false assumption is dangerous.”

Instead of using validated screening tools such as the Edinburgh Postnatal Depression Scale (EPDS), the CTFPHC is instead recommending that health care practitioners, many of which are not adequately trained or educated in perinatal mental health, simply ask pregnant and postpartum individuals about their mental health if they feel warranted to do so.

The recommendation against screening is based on the CTFPHC assumption that “usual care during pregnancy and postpartum includes inquiry and attention to mental health and well-being.”

The CPMHC is currently strongly advocating for a national perinatal mental health strategy including standards of care.

“We are extremely concerned that this recommendation will place Canadian families and future generations at risk of mental health problems thereby further exacerbating the strain on the economy and health care system,” said CPMHC Co-Executive Director, Patricia Tomasi.