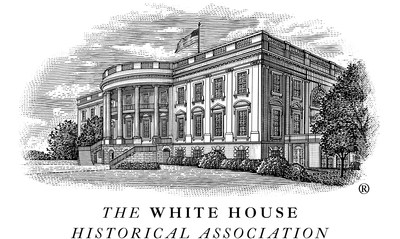 In the episode, Stewart McLaurin, president of the White House Historical Association, speaks with a decorator, architect, and artist, who brought the new White House tennis pavilion to life:

“The way that the pavilion has been crafted makes it look like it has always been there,” said McLaurin. “These things shift from presidency to presidency, and become a part of the fabric of family life at the White House.”

“When we were tasked with the responsibility of upgrading the facilities at the tennis court, essentially what we initially thought and what immediately came to mind and as being a classical architect and a traditionalist, is really doing something that would fit into the ground seamlessly,” said Spandle. “We wanted to do something that looked like it was in keeping with the ancillary buildings on the property, specifically with the East and West Wing.”

“It was really an important design because it’s the only private outdoor space for a first family,” said Kannalikham. “So we had to take that into account and make sure it’s comfortable.”

Watch the full video of this podcast episode here, which includes a video demonstration from Bedard on how the plaster ornaments that decorate the new pavilion were made.

“I always think of a building as a living thing, said Bernard. “And when I’m able to contribute a piece of art or contribute to the architecture of the space, it feels like you’re really putting your life into it and that it’s going to keep living through you.”

The tennis pavilion project included the refurbishment of an existing tennis court and updates to the White House Children’s Garden. Planning started in early 2018, with the final design approved in in the spring of 2019 by the U.S. Commission of Fine Arts and the National Planning Commission. The project was completed in late 2020.

About the White House Historical Association

The White House Historical Association was founded in 1961 by First Lady Jacqueline Kennedy to support her vision to restore and preserve the Executive Mansion and its legacy for generations to come. Mrs. Kennedy sought to inspire Americans, especially children, to explore and engage with American history and its presidents. Supported entirely by private resources, the Association is a nonprofit, nonpartisan organization that has contributed more than $100 million to the White House in fulfillment of its mission. To learn more about the White House Historical Association, please visit WhiteHouseHistory.org.