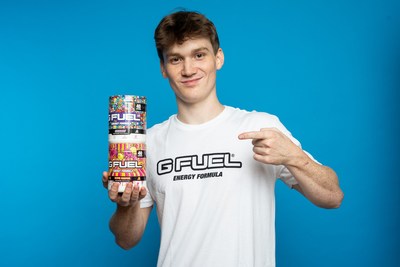 “Becoming a member of the G FUEL team is a dream come true,” said Lintz. “Growing up, playing games was a part of who I was, and who I still am today. To have the opportunity to be a part of a company who values gaming as much as I do is a once-in-a-lifetime opportunity, and I can’t wait to represent what it means to be a G FUEL partner!”

“When it comes to G FUEL partners, excitement and authenticity are incredibly important, and Matt Lintz brings both of those qualities to everything he does,” said G FUEL Founder and CEO Cliff Morgan. “We’re thrilled to welcome Matt into our passionate community of creators.”

Lintz’s partnership includes custom G FUEL content on his social media platforms as well as in-person appearances at retailers and fan events, including the following conventions:

Now at GFUEL.com, fans can save 30% on their next order by entering Code “LINTZ” at checkout.

Keep your eyes on G FUEL and Lintz’s social media platforms for updates on this exciting partnership!

Join the movement today at GFUEL.com and follow us on social media @GFuelEnergy.

Matt Lintz possesses range atypical from other actors his age. Being raised in an acting family of five he gained on set Film/Television experience early on in his life. Besides his recent Ms. Marvel television gig, Matt has been a regular on the Emmy-nominated drama The Alienist and AMC’s The Walking Dead. Some of his film credits are Free State of Jones with Matthew McConaughey and Sony’s Pixels with Adam Sandler, Kevin James and Peter Dinklage.