KAHNAWAKE, QC, June 18, 2021 /CNW Telbec/ – As the deadline to pass Canada’s Bill C-218 grows ever-closer, the Mohawk Council of Kahnawà:ke invites the Canadian public, as well as its lawmakers, to view the following email correspondence that was sent to all Members of the Senate of Canada. The correspondence, issued to each Senator, is as follows: 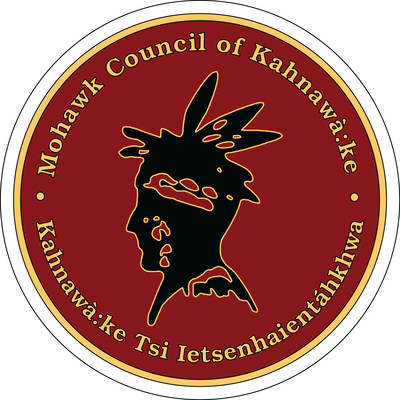 “With the amendment put forward by Senator McCallum last night (June 18, 2021), you now have the opportunity to pass an improved version of Bill C-218.

We have been crystal clear since day one on this issue: amended, the Mohawks of Kahnawà:ke do not oppose Bill C-218. Any suggestion to the contrary is patently false. What we have requested, however, is equally evident: the accommodation of Indigenous interests and the protection of our economic future in gaming.

Regarding the amendment specifically:

It is now about political will. About committing and upholding real reconciliation and choosing not to allow the intense, fervent and deliberately misleading lobbying led by well-funded organizations to influence your decisions.

We have urged you to do the right thing. And now you have the opportunity in front of you: pass Bill C-218 with the proposed amendment, to start a real and meaningful reconciliation, consider and protect our economic future. We trust that you will take the right course of action.”

It is evident that Kahnawà:ke has been acting reasonably throughout. We have provided suggestions on how to accommodate our requests. Despite the roadblocks that have been put in our way, we are still confident that Canada’s lawmakers will see fit to respect our wishes to include a carve-out for Indigenous operators and communities to participate in the Gaming industry as a partner – and not an adversary.