PASADENA, Calif., July 12, 2022 /PRNewswire/ — Misty Griffin, the author of the best-selling memoir Tears of the Silenced, Consulting producer on the documentary series Sins of the Amish, and registered nurse, has created a petition called #Invisible to help abused children in religious communities and institutions. 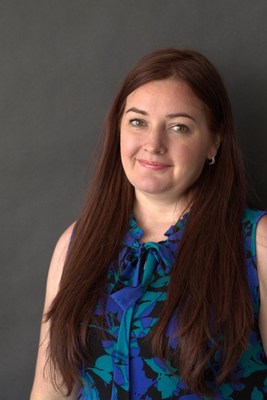 More details can be found at https://chng.it/2ndxwpML.

This petition was created by Misty to galvanize Congress into passing a Child Rights Act that would ensure the protection of every child in the United States of America.

Young children belonging to fundamental religions and other non-mainstream communities are largely unprotected by the law, and Supreme Court rulings often have unintended consequences for them. Cases in point are the Roe v Wade judgment which had little impact on the Amish as they continue to force abortions on young sexual abuse victims, and the Wisconsin v Yoder ruling, which isolated Amish and other children in strict, non-mainstream religions into those religions and tight-knit communities while ignoring the children’s human rights and basic need for safety.

With this petition, Misty intends to get the United States government to pass a Child Rights Act that covers all children across the United States. The #Invisible petition is motivated by Misty’s work interviewing over 100 sexual assault survivors from every corner of the United States and listening to their devastating stories across 3.5 years while gathering the material for the documentary series Sins of the Amish.

As a severely abused child and young woman in the Amish community, Misty Griffin understands the impact of the practices hidden in many unorthodox communities. As such, this petition is addressed foremostly to the United States Congress because to create real change and provide adequate protection for children under the law, these actions must flow from the federal level.

The convener of the #Invisible petition, Misty Griffin, said that “it is important for Congress to pass a Child Rights Act because children are a vulnerable population, and their basic human rights are generally overridden by the parents’ religious freedom and parental rights. We need something clearly stating what children are entitled to and what their parents may not override in the name of religious freedom. There are serious human rights violations being committed right here on American soil.”

Misty Griffin is a registered nurse, author of the best-selling memoir Tears of the Silenced, and Consulting producer on the documentary series Sins of the Amish, which premiered in May 2022.

Misty wrote her memoir to help shed light on and raise awareness about the ongoing child and sexual abuse coverups going on among the Amish and other strict religious groups. Her inspiring story takes you through her ordeal as a severely abused child and young woman in the Amish community.

Now an accomplished writer, registered nurse, and happy wife and mother, Misty has dedicated her life and time to saving children from the hell she endured. In addition to creating and pushing this petition, she is the Consulting Producer on a documentary series about child abuse in Amish and other cloistered communities, which premiered on Peacock in May as Sins of the Amish.

Misty’s Change.org #Invisible petition is a clear call on Congress, the Senate, and the president of the United States, Joe Biden, to take clear action to protect the rights of children in the United States of America.

Please find more information about Misty Griffin on her website at https://www.mistygriffin.com.