ENGLEWOOD CLIFFS, N.J., June 17, 2022 /PRNewswire/ — LG Electronics USA, an official partner of the NCAA®, announced the third episode of The Rivalries, a docu-series that highlights college sports’ most intense rivalries. “Melee In The Bay” which premieres Monday, June 20 at 8:00 p.m. ET, offers a behind-the-scenes look into a level of rivalry rarely seen in Division II baseball, the Florida Southern Mocs versus the University of Tampa Spartans. 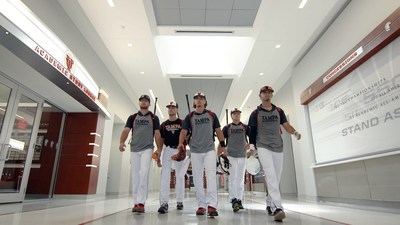 From growing up as teammates to transforming into foes once recruited onto different teams, the third episode of The Rivalries is brimming with competition and a whole-hearted love for the game. Located a mere 11 miles apart, Florida Southern and the University of Tampa, have shared a vibrant rivalry for as long as the Tampa Bay area can remember. With Florida Southern holding nine National Championship titles, and the University of Tampa hot on their heels with eight, this rivalry has picked up heat as the two schools race toward the coveted spot of most national championship titles won.

The Rivalries series is available free and exclusively on the NCAA Championships Channel (Channel 100) via LG Channels on LG Smart TVs.  Each episode highlights a different sports rivalry as told through interviews, historical moments, and the most recent game footage. Future episodes will be announced at a later date.

The exclusive content series is part of a three-year partnership with the NCAA, Turner Sports, and CBS Sports for category exclusive marketing and distribution rights to NCAA Championship competitions that will expand the reach of college sports to legions of current fans and generations of new ones. LG’s support of the NCAA Championships will include multiple initiatives to inspire fans and support student athletes including the recent launch of the NCAA Championships Channel, which will feature up to 50 NCAA Fall, Winter and Spring championships, both live and on-demand via LG’s exclusive free streaming service, LG Channels.

The NCAA is a diverse association of more than 1,000 member colleges and universities that prioritize academics, well-being and fairness to create greater opportunities for nearly half a million student-athletes each year. The NCAA provides a pathway to higher education and beyond for student-athletes pursuing academic goals and competing in NCAA sports. More than 54,000 student-athletes experience the pinnacle of intercollegiate athletics by competing in NCAA championships each year. Visit ncaa.org and ncaa.com for more details about the association and the corporate partnerships that support the NCAA and its student-athletes. NCAA  is a trademark of the National Collegiate Athletic Association. 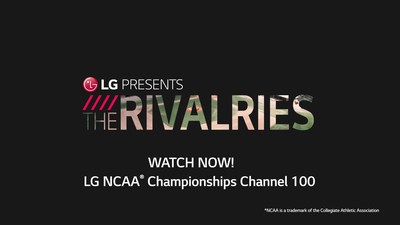