Irving Shipbuilding Responds to Unifor's Press Release: NO Jobs lost and NO pay reductions for 12 of 1100+ Unifor members at the Halifax Shipyard Impacted by Warehouse Outsourcing 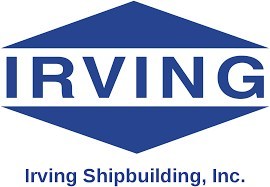 Irving Shipbuilding places great value in its union workforce and is committed to providing many more highly skilled jobs in the coming years. We recognize that our tradeworkers are the backbone of our company and at the very core of Canada’s National Shipbuilding Strategy.