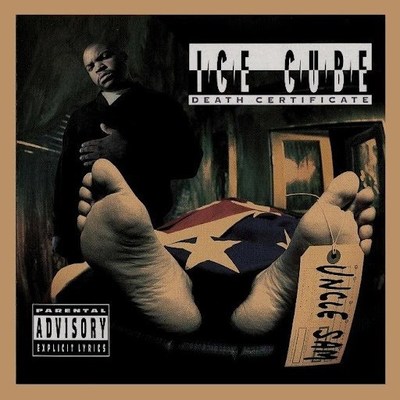 On October 29, 1991, Ice Cube released his highly anticipated second studio album Death Certificate, which debuted at No. 2 on the Billboard 200, No. 1 on Billboard‘s Top R&B/Hip-Hop Albums chart and went platinum the first two month of its release, going on to sell over 5 million copies worldwide.

Produced by OG Cube cohorts, Sir Jinx, and the Boogiemen (DJ Pooh, Bobcat, and Rashad Coes), Death Certificate takes a potent look at life in South Central through the eyes of one of reality rap’s greatest and grittiest storytellers. Roughly organized as two thematic elements of a larger whole, it opens with Cube’s explanation: “The Death Side: a mirror image of where we are today; The Life Side: a vision of where we need to go.”

Death Certificate was heralded a musical masterpiece and Ice Cube ultimately received the accolades he deserved for his incisive and revelatory socio-political commentary.