The Racial Injustice Of Henrietta Lacks And Hela Cell

Hela Cell And The Racial Injustice Of Henrietta Lacks 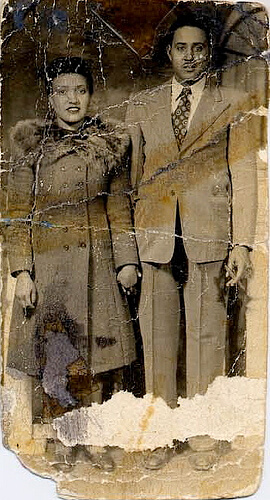 Henrietta Lacks was the victim of cervical cancer. While undergoing treatment at a hospital, Lacks had cell samples taken to diagnose and treat her. While the samples served their purpose, doctors handed over the cells to researchers without Henrietta Lacks’ permission which subsequently lead to the discovery of cell behavior that had extraordinary regenerative and reproductive properties. Henrietta Lacks’ cells were immortal, so were born the HeLa cell.

Unfortunately, her name has never been given the credit it deserves, nor was it fair for doctors and researchers to violate her privacy by sharing her cells, her name publicly and her medical history to the broad medical community and public to research.

The story of Henrietta Lacks has become one of the most controversial stories of recent history, with many people questioning the treatment given to her, her cells, and the use of such a cell that had not even been approved for research purposes. However, there are still some people who argue that her case is a sign of racism in America, and that those who oppose her cell harvesting are guilty of the same type of discrimination that the women’s suffragettes once faced.

As mentioned above, the story of Henrietta Lacks has also caused controversy. Some claim that she was treated unfairly because she was African-American. Descendants of Lacks push for acknowledgment and respect for Lacks’ cells and her history.

This controversy continues today, as people continue to study her cells, and attempt to use them for future medical studies. Although many people believe that her cells are not a good source of information for anyone except medical researchers, others point out that the cells might be valuable for someone trying to find a cure for cancer. Regardless of what type of research is performed on her cells, however, one thing is certain: this case highlights the racial injustices of our society.

Some individuals argue that the story of Henrietta Lacks is indicative of racial bias, and that the use of her cells for research should be banned. Others, however, argue that she did nothing wrong in trying to use her cells for medical research. This is why we have the Freedom of Information Act, which protects women and men alike from being made subject to discrimination in the name of medical science. If we want to protect everyone from racial discrimination, we need to ensure that everyone is able to study other people’s cells, whether they give permission to do so or not.

When discussing the issue of whether or not the story of the HeLa Cell is a reflection of the race or not, many people argue that it does not matter if she was black or white. After all, she died alone, as an innocent victim of cancer and all she wanted to do was to die with dignity and without the fear of being treated like a slave. She was, after all, the victim of a disease that was incurable and could have easily claimed her life.

The only way that racism in this case can be addressed is by allowing all of us to have access to her cells so that we can continue to fight for her right. Even if the HeLa Cell is not a good source of information about her condition, she was the victim of a very serious disease. Her cells can help researchers learn everything they need to know about cancer and help find treatments that will actually cure her of cancer. Until then, her cells must be allowed to be used for research purposes, no matter their race or color.

Still, there are a number of people who claim that the HeLa Cell is still being used as a racial slur, regardless of its use for research purposes. This is simply untrue, and it is a shame that people have chosen to attack a woman who was simply doing her job by harvesting her own cells. In fact, this case is still being looked at by the courts as a case of racial discrimination, despite the fact that it is a federal crime to use someone else’s cells without their consent. It is time for the people to stop playing politics with the lives of innocent victims.