NEW YORK, March 30, 2021 /PRNewswire/ — Church First Films, Deep C Digital, and Stonecutter Media LTD. announced today that the riveting new MMA film VICTORY BY SUBMISSION will be releasing on demand nationwide on cable, satellite, and telco providers April 6, 2021. Featuring former Strikeforce lightweight champion and UFC and Bellator fighter Josh Thomson and former Strikeforce fighter Casey Olson, the film chronicles the trials and tribulations of up-and-coming MMA fighter Tommy Hendricks as he struggles in his commitments to his career, his family, and his calling.
Written and directed by Alan Autry (IN THE HEAT OF THE NIGHT), the film stars Brett Prieto, Rachel Hendrix, Alan Autry, Lee Majors, Eric Roberts, and Fred Williamson. All filming was shot on location in Fresno, CA. The film is executive produced by Alan Autry of Autry Media Partners.
“Everyone knows about the UFC and Bellator, the big leagues of MMA,” said Autry of the film. “This is about the long, arduous, difficult, and sometimes destructive path to achieve the ultimate honor in the sport – a fight on television and on the national stage. It’s about the hours spent fighting and training in local gyms and arenas, striving to be the best fighter you can be. It’s about the struggle that no one sees.”

ABOUT DEEP C DIGITAL
Few people in the home entertainment industry have as wide-ranging and hands-on experience as John Kim, Founder and CEO of Deep C Digital. With 25+ years of sales and marketing experience, John has sold over 3,000 independent and major studio movies and TV shows to all the major digital, cable, and retail platforms. As Vice President of Digital Distribution at Paramount, he managed the Digital Sales Team and digital account relationships. Prior to this experience, he spent 10 years at Paramount and Disney managing over $1 Billion dollars of DVD/Blu-ray catalog business.

ABOUT STONECUTTER MEDIA LTD.
Steve Karel is a true original and has built Stonecutter from the ground up into the launch leader it is today. Steve is an innovator in the business of programming and distribution marketing, and live event production and promotion. Karel’s ability to produce and distribute more than 500 program titles annually through domestic and foreign media outlets did not happen overnight, but is a result of hard work that began with 16 year of executive experience in network sales, programming, and operations with ABC Television Network. He continued to build on his experiences as the President of Television and Video for General Media International and General Manager of Extreme Championship Wrestling. Steve Karel’s libraries of program content total in excess of 4,000 hours, with many of the programs currently available on pay-per-view, TVOD, and AVOD services. Steve Karel is the owner of numerous ring sports franchises and current Media Consultant for the nationally televised MMA brand King of the Cage. 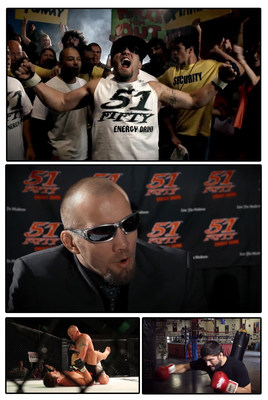