MONCTON, NB, March 25, 2022 /CNW Telbec/ – Federal correctional officers from across the Atlantic will be demonstrating against the regional administration of Correctional Service Canada to protest the excessive discipline and toxic work environment that this disproportionate discipline creates. 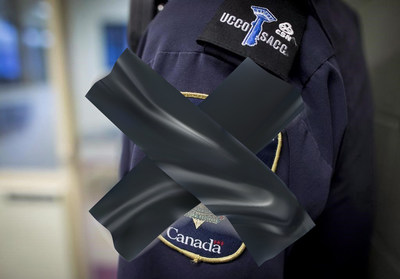 Since February 2022, federal correctional officers have been protesting the lack of respect and culture of harassment that creates a toxic work environment at CSC. The protest, which is entirely peaceful, consists of responding to the lack of respect with an equivalent lack of respect for the institution by covering their uniform patch with a black tape. For this symbolic gesture, dozens of officers in the Atlantic region alone were harassed and disciplined by the employer. These are excessive and disproportionate measures and UCCO-SACC-CSN wants to draw public attention to this mismanagement by CSC.

For this purpose, the correctional officers will meet in front of the administrative offices of Correctional Service Canada in downtown Moncton. This demonstration will be held on :

The Union of Canadian Correctional Officers (UCCO-SACC-CSN) represents over 7400 members in the five major regions of Canada: the Pacific, the Prairies, Ontario, Quebec, and the Atlantic. UCCO-SACC-CSN represents correctional officers in 49 federal institutions.