Pinner Construction attorneys Newt Kellam and Lanny Davis held a press conference outside of the Los Angeles Community College District Board of Trustees Office and testified before the Board, asking trustees to suspend construction consultants an independent arbitrator found to have acted in bad faith, pending the results of a state audit. 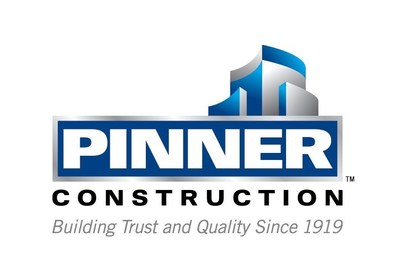 The Academic & Cultural Center was poised to be completed in 2018. Since then, construction consultants have been paid over $8 million in supplemental compensation, averaging out to nearly $5,500 per day – not to mention the priceless cost of thousands of Los Angeles Valley College students not having access to the Center during the course of their studies.

In April, an independent arbitrator ordered the LACCD to pay Pinner Construction, who is the general contractor for the project, $3.2 million – money that comes straight from taxpayers – citing the LACCD’s “multiple management failures” and violations of “good faith and fair dealing.”

Pinner previously completed two successful projects for the LACCD. But, those projects involved different construction consultants. The LACCD Board of Trustees is standing by the consultants, however. Indeed, Board President Gabriel Buelna told the Los Angeles Times “I trust our staff. People file lawsuits…”

Out of options, Pinner is now calling on the LACCD Board to hold these project consultants accountable and prioritize taxpayers and students. Student Trustee Kenneth-Alan Callahan, who was the only board member to speak with the protesters gathered outside of the LACCD office, asked the board to move Pinner’s representatives up in the agenda after the meeting entered into hour three, with more than a dozen protesters waiting patiently in the back of the board room. LACCD President Buelna and LACCD General Counsel Maribel Medina swiftly shut him down though. Callahan left soon after, missing Pinner’s testimony, presumably to attend class.

“What they did to Student Trustee Callahan today is yet another example of the Board prioritizing politics over students,” Pinner legal adviser Lanny Davis insisted after waiting nearly four hours in the rafters before being able to testify. “The Board should be aligned with the interests of both Pinner and Los Angeles Valley College students in wanting to hold the consultants, an independent arbitrator found to have acted in bad faith, accountable.”