Berkshire Hathaway, the investment firm of Warren Buffett, lost nearly $50 billion in the quarter ended, mainly due to the drop in the value of its holdings. Berkshire posted a net loss of $49.7 billion or $30,653 worth of Class A for the first fiscal quarter.

A year earlier, the Omaha Oracle group had made a profit of $21.7 billion. The deficit for the quarter ended mainly due to a deterioration of $54.5 billion in the investment portfolio, with the stock market collapse during the period, after the Coronavirus epidemic. A year earlier, portfolio investments had increased earnings by $15.5 billion.

In contrast, Berkshire’s quarterly operating profit in the last quarter, excluding investments and derivatives, was $5.87 billion and $3,617 worth of Class A, compared to 5.56 billion the prior year. 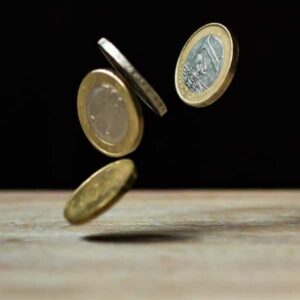 The FactSet consensus was $3,797 of operating profit for Class A security. Berkshire’s quarterly revenue increased 1% to $61.3 billion. At the end of the quarter, the group still recorded more than $137 billion in cash.

Warren Buffett said he was confident that the American economic miracle “will prevail again” after the coronavirus crisis, while his Berkshire Hathaway tenure recorded a net loss of $50 billion in the first quarter of 2020.

“We have faced serious problems in the past, although we have never had to face exactly this problem. But we have had to face more serious problems and the American miracle, American magic will prevail,” said the 89-year-old billionaire, considered one of the investors. World’s Smartest, in a long monologue on the economic history of the United States.

The gigantic net loss of $49.75 billion (compared to a gain of nearly $22 billion a year earlier) is entirely due to the loss in value of Berkshire Hathaway‘s huge multi-share portfolio, reflecting the downturn in the market. of values ​​caused by the pandemic.

Fourth world fortune with 72 billion dollars, according to the Forbes barometer on Saturday, Warren Buffett prefers, for his part, to measure the performance of his multifaceted holding company (in addition to shares, he also has “real” activities in insurance, transportation and energy, for example) to operating profit, less subject to fluctuations. The latter emerged with a profit of 5.9 billion dollars against 5.55 billion a year earlier.

Responding to questions from his shareholders for hours, the billionaire also threw an ear at the pond, revealing that due to the pandemic crisis in air transport, Berkshire had sold in April the entire 10% held by the four major airlines United States: American Airlines, Delta Air Lines, Southwest Airlines, and United Airlines.

“It turns out I was wrong,” admitted Warren Buffett, between the time the holding company bought its stakes for many months and the resale, “the airline industry has changed dramatically” and was no longer able to meet established profitability criteria. by the company.

Warren Buffett emphasized that the companies were well managed, but that the uncertainty about the future of air transport was too great for Berkshire to continue investing. This disclosure runs the risk of affecting airlines already on the brink of the Covid-19 pandemic.

If a good portion of the holding companies consider themselves essential and can continue to operate, Berkshire Hathaway‘s management acknowledges this: “We cannot reliably say when activities at our numerous and diverse companies will return to normal.”

Happy Dunnetthttps://weeklyreviewer.com/author/developer1/
Happy Dunnett carries a Bachelors in Computer Science and a passion for writing in all areas of and around the tech industry. He is an active contributor and co-author to sites including Excomstudio.com and Weeklyreviewer.com
Facebook
Instagram
Twitter
Medium
Linkedin
Pinterest
Reddit
Rss