LEESBURG, Va., Sept. 8, 2021 /PRNewswire/ — On Wednesday, hundreds of activists gathered in Loudoun County, Virginia for a ‘Rally to Save Our Schools,’ hosted by 1776 Action and Fight for Schools, two groups fighting “anti-American indoctrination” in K-12 education. 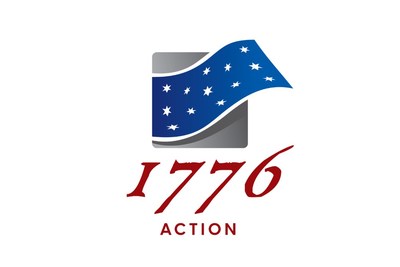 Loudoun County has become the epicenter of the national debate over critical race theory, with local activists leading a recall campaign against nearly the entire school board. With Virginia’s gubernatorial elections this November, the event highlighted the growing importance of this issue in the campaign.

The rally featured local parents, followed by speeches and Q&A from Dr. Ben Carson and Virginia’s GOP nominees for governor and lieutenant governor, Glenn Youngkin and Winsome Sears. A group of candidates also committed to restore patriotic education by signing “The 1776 Pledge.”

“We will only remain the land of the free if we are the home of the brave, and I’m inspired by the growing number of parents and teachers, especially in Loudoun County, who’ve been holding elected officials accountable for the toxic ideologies being pushed on our children. America won’t survive if we teach our children to hate their country and its values. I hope this event continues to wake people up.”

“Virginia’s students have fallen behind because of Terry McAuliffe’s and Ralph Northam’s failed leadership that kept schools closed, lowered standards, and pushed political agendas. Ridding political agendas in the classroom by banning critical race theory is just one part of my Day One Game Plan that will empower parents and restore excellence in education. 1776 Action and Fight for Schools should be commended for hosting this evening’s event and keeping this issue front and center.”

“For too long, dangerous ideologies like Critical Race Theory have been taught in our schools, poisoning the minds of our youth. I ‘m proud to join this effort to fight back. I commend 1776 Action and Fight for Schools for their work on this issue, and I look forward to working to restore fair and unbiased education as the next Lieutenant Governor of Virginia.”