MISSISSAUGA, ON, June 12, 2022 /CNW/ – With child labour on the rise for the first time in 20 years, today, on World Day Against Child Labour, June 12, World Vision is renewing its urgent call to the Government of Canada to ensure the enactment of supply chain  legislation in order to minimize Canadian connections to the problem of child and forced labour globally. 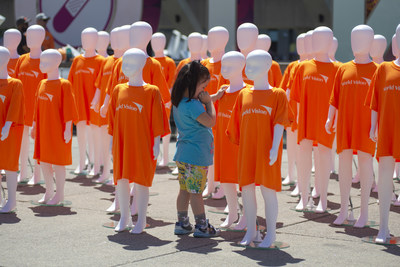 According to the international development and advocacy agency, girls and boys as young as five years old could be involved in the production of more than $43 billion worth of risky goods Canadians buy and consume each year. that the International Labour Organization (ILO) estimates 79 million children around the world have been forced into dirty, dangerous and degrading work that compromises their health, safety and education.

No child should be exploited to make the products Canadians buy. It is unethical and unjust, and we can do better,” says Michael Messenger, President and CEO of World Vision Canada. “We’re encouraged by recent progress by the Government of Canada to move key legislation forward to help address this issue. With child labour on the rise for the first time in 20 years due to the global pandemic and other factors, Canada’s child labour problem will continue to grow without bold action to address it. Canadians need to be able to make fully informed purchasing decisions.”

More than 160,000 Canadians have signed World Vision’s main petition calling on the Government of Canada to commit to real, meaningful action to protect children in our supply chains through enacting supply chain legislation in Canada that requires companies to prevent human rights abuses throughout their operations and publicly report on their efforts . Tens of thousands of Canadians have also written directly to their MPs, various Ministers and to Parliamentary Committee Members to move the legislation process forward.

“As part of the World Vision’s No Child for Sale Campaign, I’ve seen first-hand the eagerness of Canadian youth and students from across the country to call on our government to take action on this issue,” says Ashlyn, Chairperson of the World Vision Canada Youth Council and youth activist who attended the #ChildLabour3D Experience this weekend at Toronto’s Nathan Philips Square. “Canadians want this and the more than [160,000] signatures on our petition proves it.” 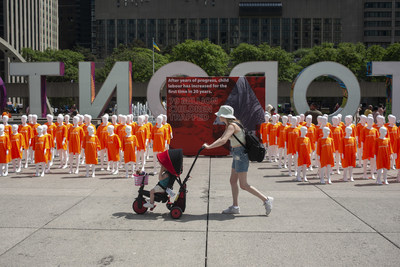