MALIBU, Calif., Sept. 26, 2021 /PRNewswire/ — Over 5,000 participants of the 2XU Malibu Triathlon Presented by Bank of America competed over the weekend on a dynamic swim-bike-run course on the shores of Zuma Beach. The 34th Annual Malibu Triathlon raised $849,288 to benefit the Children’s Hospital Los Angeles’ Pediatric Cancer Research Program which is focused on curing and preventing life-threatening forms of childhood cancer. 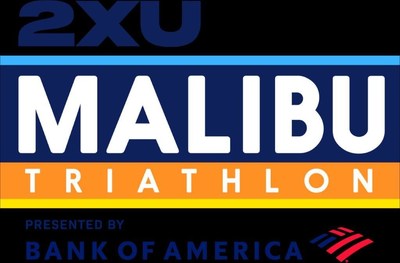 Hollywood celebrities such as Chace Crawford, Dylan Efron, Max Greenfield, Alexi Pappas, Rich Roll and Mary Cain lent their support and raised money for this special cause. Sandra Endo finished first in the celebrity female division with a time of 01:47:25 and Dylan Efron came in first in the celebrity male division with a time of 01:36:35. Alena Schuss and Peter Kuebler prevailed as the overall winners of the triathlon, finishing the half-mile swim, 17-mile bike ride and four-mile run in outstanding times of 01:37:10 and 01:24:38, respectively.

These elite athletes have been competing around the world as part of the Super League Championship series which held events in London, Munich, and Jersey (UK) before hitting the shores of Zuma Beach. Making the competition a true battle of the world’s best athletes, all six of the medal winners from the individual events in the Tokyo Olympics raced during the Malibu event.

“The U.S. debut of Super League Triathlon was a monumental moment for our team,” said Michael D’hulst, CEO and Co-Founder of Super League Triathlon. “We were able to provide a dynamic new way for spectators to experience the next generation of triathlon racing while creating a competitive stage for our professional athletes. Having the history and heft of the Malibu Triathlon and its amazing platform for raising funds for CHLA was the ideal end to our Championship series.”

Additional information, including a full list of participants and finish times, is available by request or by visiting the official 2XU Malibu Triathlon Presented By Bank of America website at malibutri.com or https://superleaguetriathlon.com/

Super League Triathlon (SLT) is the world’s fastest swim-bike-run Series, pitching the very best athletes against each other in quick and exciting race formats in fantastic destinations across the globe. The Championship Series takes place from August-November with the best triathletes on the planet doing battle over game-changing formats which are redefining the sport for a modern audience. Super League’s SLT Arena Games is a dynamic new format that blends in real life and virtual racing to deliver an immersive viewing experience via a unique partnership with Zwift.