Tatiana Valovaya, Director-General of the United Nations Office at Geneva, Shen Haixiong, president and editor-in-chief of CMG, and H.E. Mr. Chen Xu, Ambassador Extraordinary and Plenipotentiary and Permanent Representative of the People’s Republic of China to the UN Office at Geneva and other International Organizations in Switzerland, attended the online event and delivered remarks.

Ms. Valovaya, thanked the Permanent Mission of China to the UN as well as China Media Group for organizing the event. Valovaya said, for over a decade, Language Days have been celebrated at the UN to encourage cultural diversity and strengthen multilingualism.

Mr. Shen Haixiong said Chinese Language Day is designed to celebrate the diversity of both language and culture and promote multilateralism. He noted as the flagship state media organization, CMG will continue to work to break down barriers and promote mutual understanding, creating a more peaceful world, and building a community with a shared future for mankind.

The video festival launched in February, collecting original video works from non-native Chinese speakers under the “China Chic” theme – and held a video contest, called “Foreigners look at China Chic” and an awards ceremony to showcase the beauty of Chinese culture.

950 video entries from 45 countries and regions were received. 14 works have been selected for 9 awards by a jury composed of people with various backgrounds in China and abroad. 6 young cultural ambassadors were chosen to participate in a scholarship provided by Tsinghua University.

The video festival held activities on the themes of “culture and technology”, “tradition and trends”, “youth and interaction”.

The music video for the official theme song, called “A Young Man’s Voyage”, was created by musicians from different countries to express the concept of “Chinese traditional style with a modern fashion twist”.

The first CMG Overseas Chinese Language Video Festival was held last April. It reached a total of 150 million people from 160 countries and regions. 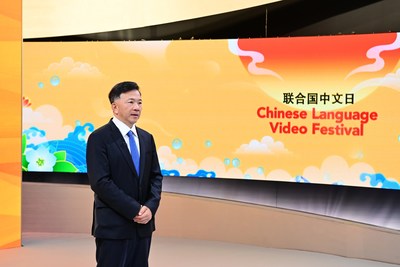 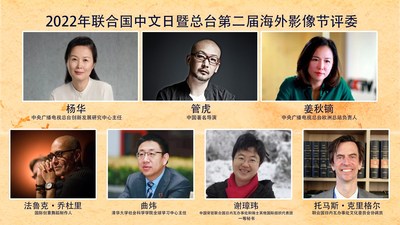