What is a Scientology Assist and How Does it Help?

LOS ANGELES, Nov. 8, 2021 /PRNewswire/ — On a mat in one of countless tent cities that ringed Kathmandu in 2015 after Nepal’s magnitude 7.8 earthquake, an old woman lay unmoving on a mat. She was motionless, she seemed dead—and she very nearly was. Her family said their grandmother had been like this since her body was pulled from the rubble that used to be her house. She was trapped there for 24 hours and was rescued when someone heard her screaming. She had not uttered a sound ever since. What happened next is a familiar story for those who have worked at disaster sites with the Scientology Volunteer Ministers. 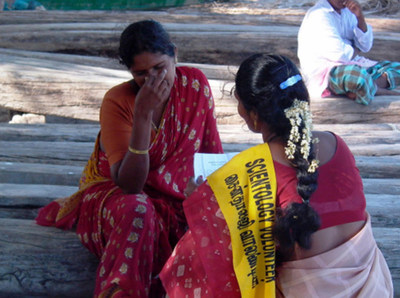 A Scientology Volunteer Minister helps restore purpose, truth and spiritual values to the lives of others.

The man in the bright yellow jacket who offered to help administered a Scientology assist. Often described as “spiritual first aid,” assists help the individual overcome the effects of loss, shock and trauma and speed recovery by addressing the spiritual and emotional factors related to illness and injury.

The woman’s family was amazed when, after only a few minutes, she stood up for the first time in a week and, though haggard, seemed almost back to normal. The Volunteer Minister then taught her family how to perform the assist so they could continue to give them to her until she was fully recovered.

“Throughout the ages, religions have attempted to relieve Man’s physical suffering.”

“Today, medicine treats the body when there is something wrong with it. But it overlooks almost totally the relationship of the spiritual being to his body and the effect the former has on the latter.

“The fact is, after any necessary medical treatment, the individual himself has an enormous capacity to influence the body and its well-being or lack of it.

“L. Ron Hubbard developed numerous applications of his discoveries for the mental and spiritual aspects of a person’s physical difficulties. And as more and more techniques evolved, a new body of technology came into use, called ‘Assists’.”

Assist were the mainstay of the Scientology Volunteer Ministers responding to Japan’s Tohoku earthquake and tsunami in 2011 who worked in the shelters set up for those who lost their homes.

“I had tremendous stress,” a displaced man in a Mashiki shelter told a Volunteer Minister. “It felt like my life stopped and I had no hope for the future. But during the assists these problems no longer seemed so important.”

For one woman, what made the disaster even more distressing was the loss she suffered shortly before it struck: the death of her husband. The loneliness was devastating. An assist gave her relief and kindled her desire to help others.

Another woman came to see the Volunteer Ministers because she couldn’t stop crying. The assist helped restore a sense of calm.

One man whose inn was swept away in the tsunami began his assist in sorrow and walked away humming, telling the Volunteer Minister he planned to rebuild as soon as possible.

The Church of Scientology Volunteer Ministers program is a religious social service created in the mid-1970s by Scientology Founder L. Ron Hubbard. It constitutes one of the world’s largest independent relief forces.

With the events of the 9/11 terrorist attacks in New York City, Scientology ecclesiastical leader Mr. David Miscavige called on Scientologists to redouble their efforts to aid their fellow man. He issued a directive entitled “The Wake-Up Call,” which inspired astonishing growth within the Volunteer Minister program.

A Scientology Volunteer Minister is a person who helps his fellow man on a volunteer basis by helping restore purpose, truth and spiritual values to the lives of others. Volunteer Ministers live by the motto, “Something can be done about it.”