CHICAGO, March 22, 2021 /PRNewswire/ — Illinois’ two largest private water companies have hit customers with more than $220 million in higher bills to cover a spending spree as it bought up dozens of municipal systems in recent years, the Citizens Utility Board (CUB) said Monday as it advocated for a proposal to give consumers a voice on water privatization. 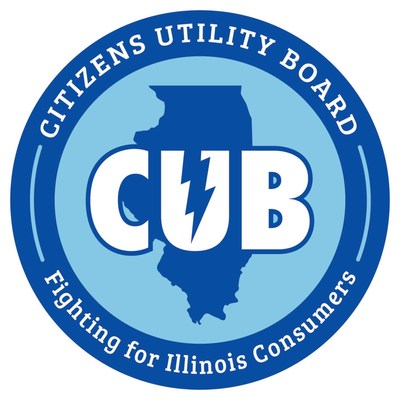 CUB urged consumers to visit CUBWaterTracker.com to learn more about the issue and send state legislators a message in favor of SB 164.

“Residents should be able to vote on the decision to sell their water system, just as shareholders get a vote in large decisions within a company,” Sen. Connor said. “Our job is protecting the residents, not increasing profits for private water companies.”

About 80 percent of local water systems in Illinois are municipally owned. However, new research released by CUB reveals that since 2013, Illinois American and Aqua have crisscrossed the state buying up 34 water or  wastewater systems, fully depreciated in most cases, in communities across the state.

In total, the corporations have charged their current customers more than $220 million (about $160.8 million for Illinois American and $59.6 million for Aqua) to cover those acquisition costs, according to data compiled from the Illinois Commerce Commission (ICC). The numbers include the legal costs the companies spent on the acquisitions.

A 2013 state law, opposed by CUB, allows Aqua Illinois and Illinois American Water to impose rate hikes on their current customers to finance 100 percent of the costs of municipal water system acquisitions. One of nation’s most aggressive privatization laws, the Illinois law allows the companies to raise rates—up to 2.5 percent to cover one acquisition, or a total of 5 percent for multiple acquisitions—between ICC rate cases.

In 2018, the General Assembly extended the 2013 law for 10 additional years and removed a 7,500-connection cap on the size of systems that the water companies can buy. That makes communities across Illinois targets for these profit-driven private water corporations.

While this has been hard on consumers, it’s been good for Aqua and Illinois American. The parent companies of both utilities raked in total combined profits of more than $993 million in 2020.

Supporters of the referendum legislation, SB 164, say giving consumers a say on whether their public water should be sold offers protection from the growing problem of privatization and high water bills.

“Public services should not be sold off for private profit,” said Joanna Webb-Gauvin, legislative director of the American Federation of State, County and Municipal Employees (AFSCME) Council 31. “When municipal water systems are privatized, it means higher rates, cutting corners on safety and the loss of good jobs. For all these reasons, we believe that giving local residents a voice through a referendum is a common-sense step.”

“Senate Bill 164 is about giving water customers a voice,” said Bryan McDaniel, CUB’s director of governmental affairs. “Increasing democracy is a good thing, especially for a decision as long-lasting as the decision to privatize water or sewer service.”

Privatization has been a growing trend across the country. In recent decades, federal money has dried up, making it difficult for communities to make expensive upgrades to their aging public water systems. Communities may see privatization as a source of new cash and a way to undertake improvements—sometimes federally mandated upgrades—to systems that often were installed in the mid-20th Century.

While privatization offers some financial solutions for cash-strapped communities, it often leads to higher bills for residents. A Chicago Tribune investigation in 2017 found that Aqua and Illinois American charged 20 percent to 70 percent more than public systems in the Chicago region.

Food & Water Watch did a survey of 500 municipal water systems across the country and found that private water utilities charged an average of 59 percent more for service than their public counterparts. In Illinois, the number is worse, according to the report: Private water customers here paid almost $300 more per year.

Plus, privatization is no guarantee of acceptable water quality. Aqua Illinois customers in University Park dealt with lead problems for more than a year, forcing people to drink bottled water.

CUBWaterTracker.com includes a breakdown of all Illinois American and Aqua acquisitions since 2013, the largest being Alton’s wastewater system for nearly $55 million. The site also gives consumers guidance on what they can do if they are concerned about water privatization.

CUB is Illinois’ leading nonprofit utility watchdog. Created by the Illinois Legislature, CUB opened its doors in 1984 to represent the interests of residential and small-business utility customers. Since then, it has saved consumers more than $20 billion by helping block rate hikes, secure refunds, and fight for clean, low-cost energy. For more information, call CUB’s Consumer Hotline, 1-800-669-5556, or visit its award-winning website, www.CitizensUtilityBoard.org.