WASHINGTON, Feb. 9, 2021 /PRNewswire/ — This spring, over 30,000 volunteer Field Advocates from the American Foundation for Suicide Prevention (AFSP) will join together in advocating for effective suicide prevention legislation. Beginning now through May, AFSP Advocates will participate in State Capitol Day events happening across the United States during which they will share their personal connection to suicide and talk to state public officials about legislation that can help reduce state and national suicide rates. Interested individuals are encouraged to connect with their local AFSP Chapter for event dates and registration information, afsp.org/chapter. 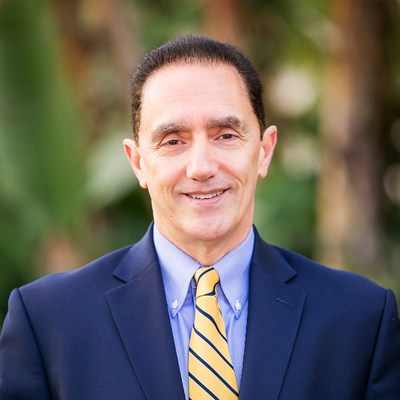 “At State Capitol Day events, AFSP’s volunteer advocates bravely share their connection to our cause and ask their lawmakers to advance legislation that will address this leading cause of death,” said Robert Gebbia, AFSP CEO. “By participating in this advocacy program, our volunteers are helping those who write state laws better understand that suicide affects people throughout their state and that more needs to be done to prevent loss of life from suicide. Even though these events are being held virtually this year, they are just as vital to saving lives and bringing hope to those affected by suicide.”

As the host organization for these events, AFSP has a list of specific public policy priorities that every state should focus on to reduce the suicide rate. These priorities include efforts such as:

To date, there have been 37 events scheduled this year, with many more expected to be scheduled. AFSP’s volunteer Field Advocates in attendance at State Capitol Day events, include suicide loss survivors, those with lived experience of suicide and those who support them, mental health clinicians, and people who are passionate about the cause. Some events will include guest speakers such as the Governor, Lt. Governor and/or state legislators. In the week following each event, advocates will have a phone or video appointment with state legislators to share their story and what legislation can make an impact in their respective state. In 2020, 27 state bills that were supported as part of a State Capitol Day event became law.

The planning for these events began in November of last year. To follow along with the advocates as they make strides in this work, follow #AFSPadvocacy. To join this movement and receive updates about events in your area visit: afsp.org/advocate.

The American Foundation for Suicide Prevention is dedicated to saving lives and bringing hope to those affected by suicide. AFSP creates a culture that’s smart about mental health through education and community programs, develops suicide prevention through research and advocacy, and provides support for those affected by suicide. Led by CEO Robert Gebbia and headquartered in New York, and with a public policy office in Washington, D.C., AFSP has local chapters in all 50 states with programs and events nationwide. Learn more about AFSP in its latest Annual Report, and join the conversation on suicide prevention by following AFSP on Facebook, Twitter, Instagram, and YouTube.

PHOENIX, Feb. 28, 2021 /PRNewswire/ -- According to Make-A-Wish estimates, 27,000 children in the U.S. are diagnosed annually with a qualifying critical illness, including many...