TORONTO, Nov. 25, 2021 /CNW Telbec/ – Today, the Vaping Industry Trade Association released an eye opening video as part of a report on the illicit market consequences of banning flavoured vape products in Canada. With the Federal Government proposing to implement a national flavour ban VITA took the initiative to understand and investigate the real world impact that these measures have towards small business, illicit markets, and organized crime. 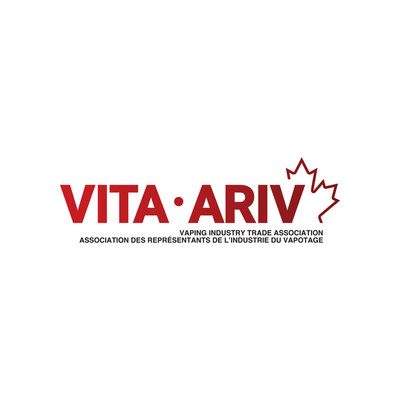 Over the past three years in Canada, various regulatory approaches on vape products have been applied at the municipal, provincial, and federal levels of government without any pause to understand their efficacy, impact or unintended consequences.

VITA shares the federal governments concern around youth vaping. Our belief is that vaping products are for adult smokers seeking to reduce risk, not for non-smokers and never youth. To better understand the impact and risks, VITA hired a highly experienced and credible third-party company who conducted an in-depth scan of the illicit market operating in Nova Scotia since their flavour ban was enacted over a year ago. The findings were clear, prohibition and ineffective enforcement has made the situation far worse, while exposing youth and consumers to unregulated products.

A new study1 from the well-respected Addictive Behaviors Journal  reinforced what VITA learned through the investigation. The study examined the predictive behavioral responses to a hypothetical ban on non-tobacco flavoured vape products. Most notably, the study found that if a flavour ban were to be instituted, 17.1% of vapers would likely return to smoking, and 28.3%  “would find a way to get banned flavours”, meaning they would turn to the unsafe and untaxed illicit market. As stated in a testimonial featured in the video from a concerned vape product user, “It’s going to drive me to the black market and it’s going to kill people and the government said so in their regulations”

“Existing regulations federally and provincially provide the tools necessary to go after anyone who is selling vaping products to youth, the problem is they’re not being effectivly enforced”, said Daniel David, VITA president. “Industry associations should be viewed as dedicated partners in the fight against youth uptake” added David.

VITA has shown its commitment to understanding and providing solutions for national level issues such as compliance and youth prevention and looks forward to working alongside government officials on these important issues.

Hundreds of thousands of adult Canadians rely on flavoured vape products. Prohibiting flavours in a legal, regulated market will encourage the expansion of an already developing illicit market that is ready and willing to fill the void. VITA continues to gather information and tools needed to  enact change. We invite the Government to work with us in strengthening enforcement and improving regulations.

About VITA:
Canada’s largest trade association representing the industry’s manufacturers, importers, distributors and retailers, VITA is committed to working with stakeholders and governments to set and uphold regulations for vaping products in Canada. VITA’s approach is based on credible evidence, science, facts, and logic. In our efforts to responsibly grow and defend the category, the Association commits to collaborating with Health Canada and other regulatory bodies to identify best practices and to inform the development of evidenced-based regulations.