VERONA, Italy, Dec. 27, 2021 /PRNewswire/ — A conference “Ukraine – Donbass: possible domino effect” examining the escalation of the conflict in South East of Ukraine was held in Verona, Italy on December, 18, 2021. Experts examined the possibilities of further escalations that could draw Russia and NATO countries into a major military conflict as a result of ongoing propaganda and possible provocations, as well as the impact of globalist powers in fueling tensions between Europe and Russia. 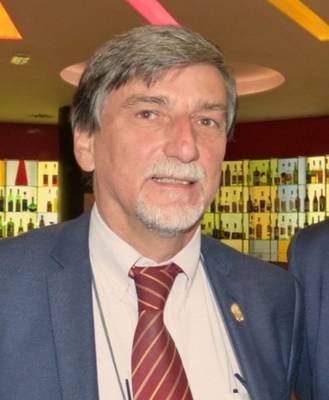 Editor in chief of “Controinformazione” Luciano Lago noted that “Western propaganda is likely to distort the actual situation as it is quite persistent in focusing on the presence of the Russian troops at the border with Ukraine being a threat of invasion. In reality they don’t mention that the Russian forces remain within the territory of Russia, while at the same time a tremendous increase of USA, UK and Canadian military presence has been seen in Ukraine, Poland and the Baltic states. The key point to argue about here is who is posing the actual threat outside of the propaganda narrative.”

Lago claimed that the USA and NATO are provoking Ukraine into a conflict with Russia in order to isolate Russia from Europe, especially Germany, through destruction of all the forms of economic cooperation, using sanctions and blockage of the North Stream 2 project. In his opinion, the United States has been doing whatever it takes to prevent Russia and EU to get closer and shape a common Eurasian political and economic space.

“Starting from 2014, when Maidan protests took place and the following and the military conflict has started in Donbass region, the civil population is doomed to live under war conditions, especially in the villages located close to the front line” – says the president of Veneto-Russia Association Palmarino Zoccatelli. “Despite ceasefire agreements, the Ukrainian army keeps bombing infrastructure objects and frontline villages, causing more destruction and casualities,” he adds.

Representative of the unrecognized Donetsk People’s Republic Eliseo Bertolasi in Turin said that Euromaidan events can be interpreted as a coup-d’etat supported by external forces. Bertolasi highlighted that NATO is interested in pulling Ukraine into the alliance to increase pressure on Russia. “If Ukraine was a full scale NATO member, in case of a military conflict with Russia the famous Article 5 on collective defence could have been applied, which means that each alliance member  ‘will assist the Party or Parties so attacked by taking forthwith, individually and in concert with the other Parties, such action as it deems necessary, including the use of armed force, to restore and maintain the security of the North Atlantic area’.” He also pointed out that the EU is now acting within the framework of globalist logic of the USA and supports the conflict with Russia against its pragmatic interests.

Discussing the EU Eastern Partnership program, Bertolasi drew attention to the fact that “the EU is not really willing to give out funds to its members. Despite that, for the countries of the Eastern Partnership the funds are available even for such vague goals as support of democracy.” At the end of his speech he emphasised the current situation in the region: “Today we are facing a real threat of a war starting with a false flag operation or provocation, the consequences of which could be terrifying. The situation remains very tense, and even if the dialogue becomes less and less probable, it has to be the key priority for diplomacy.”