DALLAS, Nov. 3, 2021 /PRNewswire/ — This Saturday, Nov. 6, Van Jones, CNN contributor, host of the Van Jones Show and The Redemption Project; and Bishop T.D. Jakes, global leader and senior pastor of The Potter’s House, will honor 125 graduates of the Texas Offender Reentry Initiative (T.O.R.I.) at The Potter’s House. Jones will deliver the commencement address to the T.O.R.I. graduates. 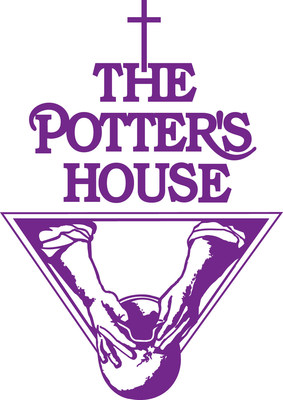 T.O.R.I., which is celebrating its 16th anniversary this year, has become a nationally revered and trusted knowledge partner with a proven successful model of rehabilitative and recuperative justice that has directly impacted the lives of some 300,000 men, women and their families. The White House, the Department of Justice, Canada’s House of Commons Standing Committee on Public Safe and National Security, AT&T and Wal-Mart are a few of the government and corporate entities that have either consulted with T.O.R.I. or have collaborated to glean major learnings from the Dallas-based initiative. T.O.R.I. is uniquely poised to align with key partners looking for programming and curriculum that distinctively speaks to the ever-growing needs and inequality realities facing many families across the United States.

“American prisons are built on the idea of retributive justice, where the primary goal is to punish and seek vengeance,” said Jones. “It’s a model that aims to incapacitate people who commit crimes and create powerful, painful incentives for them to act right in the future. This system hurts prisoners, their families and the victims of crime. This is a destructive cycle that must change. Restoration brings healing to all. T.O.R.I. is one of the leading programs helping to bring healing and restoration.”

With more than 700,000 prisoners reentering society each year, there is an increasingly critical need for programs like T.O.R.I. across the country.

“T.O.R.I. is about helping a person become whole again and shifting the narrative on those formerly incarcerated, not just about giving someone a job or housing,” said Jakes. “We must all rally around changing the system so families can be healed and revived. We need more individuals, corporations and foundations to get engaged so we can serve more people and end the cycle of incarceration indefinitely.”

T.O.R.I. is an intensive 12-month case management program that offers six critical services that the majority of formerly incarcerated clients need and which have proven successful in the rehabilitation process, including: employment, housing, education, family reunification, health care and spiritual guidance. The program aims to reduce the rate of recidivism, diminish the negative perception of ex-offenders and their families, and ensure a safer and healthier family and environment for future generations.

Requests for b-roll can be directed to Jordan Hora.

About Texas Offenders Reentry Initiative (T.O.R.I.)
Founded in December 2004 by Bishop T.D. Jakes, under the umbrella of the Metroplex Economic Development Corporation (MEDC), a nonprofit 501(c) (3) organization that bridges economic voids in urban America, T.O.R.I. is an intensive 12-month case management program that offers six core services that the majority of formerly incarcerated clients need, including: employment, housing, education, family reunification, health care and spiritual guidance. Since its inception, T.O.R.I. has served more than 30,000 formerly incarcerated individuals who have returned home to Texas.