SACRAMENTO, Calif., Jan. 14, 2022 /PRNewswire/ — American journalist Pieter Friedrich launched the new year by conducting a 7-day hunger-strike in solidarity with persecuted Christians in India, which has been ranked by Open Doors USA as the 10th most dangerous country in the world in which to be a Christian.

“That’s at least the third year in a row in which they ranked India as the tenth most dangerous country,” said Friedrich when interviewed by Anglican priest Fr. Joshua Lickter. He added, “I chose to do this in order to stand in solidarity with the Indian Christian Church, and to demonstrate to the persecuted Christians in India that there is somebody — there’s somebody abroad, outside of their country, a fellow Christian — who understands what they’re going through, and who is willing to stand up and speak out, or temporarily starve themselves.”

Besides Open Doors USA, the Voice of the Martyrs has recently labeled conditions for Indian Christians as “hostile.” Additionally, International Christian Concern awarded India as well as its prime minister, Narendra Modi, its “Persecutor of the Year” award, stating, “Since Prime Minister Narendra Modi and his Bharatiya Janata Party (BJP) took power in 2014, Christian persecution has skyrocketed.” In 2021, the United States Commission on International Religious Freedom recommended that the US State Department list India as a “Country of Particular Concern” for the second year in a row. “In 2020, for example, mobs — fueled by false accusations of forced conversions — attacked Christians, destroyed churches, and disrupted religious worship services,” warned USCIRF in its latest report.

“Imagine if you’re worshipping in whatever congregation it is that you choose to attend, and all of a sudden, a mob breaks in and they beat you, they start to beat whoever’s leading that particular congregation, and the police come in and they start to make arrests — but they’re not arresting anyone from the mob, they’re arresting you just for being there in that congregation,” said Fr. Lickter. “That’s the kind of thing that’s going on at an increased level in India right now. It’s just so alarming.”

According to United Christian Forum for Human Rights, an India-based watchdog group, Christians throughout India suffered over 500 attacks in 2021. The Forum reports that attacks have increased in number every single year since 2014. They reported 127 attacks in 2014; their 2021 figures demonstrate a four-fold increase over seven years.

“My hope, my prayer, is that the American Christian clergy would — beyond my hunger-strike, as they begin to, hopefully, have an opportunity to be informed and educated about the issue — be prompted and provoked to speak out and stand in solidarity with their suffering brothers and sisters in India,” said Friedrich. “The American Christian Church, sadly, and I think it’s due to ignorance, is almost entirely silent on this issue.” 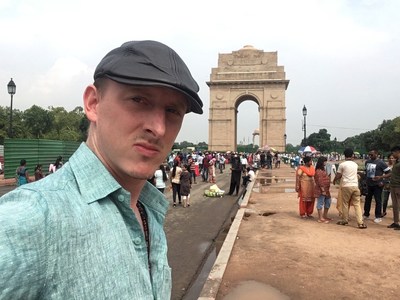