US BEHIND THE WALLS: STATE OF MICHIGAN SECOND CHANCE INITIATIVE, "BALLROOM INITIATIVE GALA"

DETROIT, Dec. 21, 2021 /PRNewswire/ — “One Person Can Make a Difference and Everyone Should Try!” (President John Fitzgerald Kennedy) US Behind the Walls invites everyone to make a difference by attending the official US Behind the Walls State of Michigan Second Chance Initiatives on January 22nd, 2022, at the Detroit Marriott Renaissance Center. 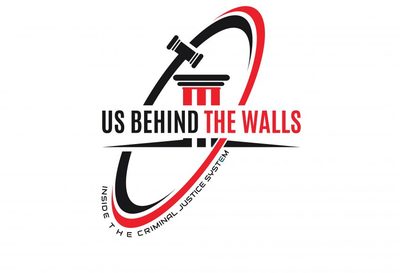 These reform initiatives would cover several aspects of the Michigan Criminal Justice System. Throughout the years, major and effective criminal justice reform changes have only come about through the advocacy and efforts of concerned voters. Today the State of Michigan has one of the nations highest rates and costs of incarceration. The time for change is now, and we need help to bring about these reforms. The history of the adversary we face is quite clear.

On January 22, 2009, the former President of the United States, Barack Obama, ordered that the Guantanamo prison camp be closed within 12 months. Today, nearly 13 years later that prison remains open! Nothing better exemplifies a snapshot of the hold the Prison Industrial Complex has on America than that fact. Even a directive from the nation’s Commander and Chief could not close a prison.

The prison industrial complex/criminal justice system has become a goliath unto itself. Unduly influencing Legislative bodies and Executive branches to their economic benefit. It has ingrained itself into the daily lives of tens of millions of Americans, unjustly over-punishing many and destroying lives in the process.

In Michigan, since the year 2000, over 200 schools have been closed. In that same time, the State of Michigan, like many other States, has spent more on incarceration, than education. Repeated studies have shown the link between inadequately funded and failing schools and the criminal justice system.  According to a study by the ACLU,

… the “school-to-prison pipeline,” is a disturbing national trend wherein children are funneled out of public schools and into the juvenile and criminal justice systems…For most students, the pipeline begins with inadequate resources in public schools. Overcrowded classrooms, a lack of quali­fied teachers, and insufficient funding for “extras” such as counselors, special edu­cation services, and even textbooks, lock students into second-rate educational envi­ronments.
https://www.freep.com/story/news/education/2016/07/07/michigan-spending-schools-corrections/86795772/
https://www.aclu.org/issues/juvenile-justice/school-prison-pipeline

This year on January 22, 2022, US Behind the Walls again cordially invites all those invested in changing this broken system to join us at our inaugural Reform the System Ball. This event will be the start of abolishing mass incarceration, ending extensive sentences for people of color, and balancing the scales of justice for all Americans. It will be held at the Detroit Renaissance Center Ballroom.

Please rsvp at [email protected] and visit our website for more information.
https://www.usbehindthewalls.org/

SOURCE US Behind The Walls