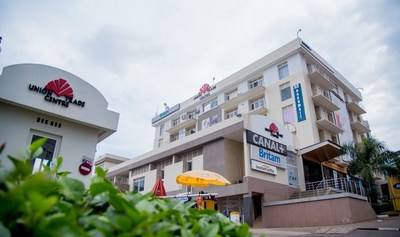 TORONTO, Sept. 6, 2022 /PRNewswire/ – Entrepreneur and philanthropist Tribert Rujugiro Ayabatwa is pleased to announce that on August 30, 2022, the East African Court of Justice (EACJ) ruled that Rwanda government’s seizure and auctioning his Union Trade Centre (UTC) Mall were illegal. EACJ awarded Ayabatwa US$1 million, 6% interest and court costs. The government seized the US$20 million Mall in 2013, alleging that UTC was ‘abandoned’ because Ayabatwa who is Rwandan-born resided outside Rwanda. UTC was at the time a thriving business, hosting 80 businesses with nearly 500 employees, managed by a strong local team in good standing with Rwandan authorities. Then in August 2015, the government declared UTC a tax defaulter of US$1.4 million, an absurd claim, since the Mall was managed by the Rwandan state. Two years later, the government auctioned UTC for a mere US$8 million, less than half its actual value.

Ayabatwa took the government to EACJ, which ruled in 2020 that seizure and auctioning UTC were illegal. The government was ordered to account for rental and sale proceeds of UTC from 2013 and to compensate Ayabatwa for damages amounting to US$500,000 and 6% annual interest from the date of judgment. Ayabatwa appealed the ruling, however, because the Court did not restore his ownership of UTC. That is when the government fabricated a new absurd allegation that Ayabatwa and his associates had embezzled US$458,058 from UTC in 2011. The cited ‘crime’ was in fact a loan acquired during the construction of UTC Mall. Now, the Rwandan government has once again lost the UTC Mall case. Ayabatwa welcomed the 30 August 2022 Court ruling, remarking that “there are times when we are powerless to prevent injustice, but with truth on your side, justice always prevails.”

Tribert Rujugiro Ayabatwa is a successful entrepreneur and philanthropist from Rwanda. He is founder of Pan-African Tobacco Group, Africa’s largest indigenous manufacturer of tobacco products in nine African countries and in the United Arab Emirates, trading across eastern, western and southern Africa. Ayabatwa is one of Africa’s leading philanthropists, assisting communities to uplift themselves in food security, access to clean water, reforestation, education, and engineering internships.