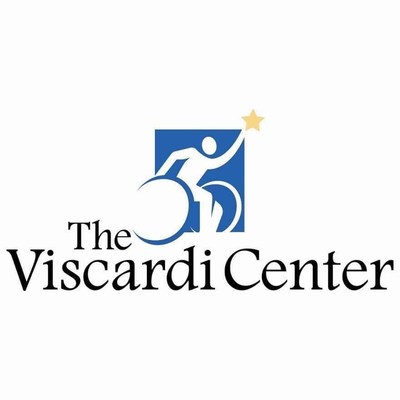 First bestowed in 2013, the awards honor leaders in the global disability community who, through the example of their professional accomplishments and advocacy efforts, are shifting societal perceptions and significantly improving the quality of life of people with disabilities.

Drawing nominations from around the world, this year’s group represents Ireland, Peru, Samoa, South Africa, Vietnam, and the United States. Recipients come from a variety of distinguished backgrounds, including academia, sports, technology, and corporate and non-profit sectors.

“Since the awards were first established, The Viscardi Center has been privileged to recognize the astounding accomplishments of 80 innovators with disabilities from over 20 countries,” The Viscardi Center’s President & CEO John D. Kemp said. “2020 Awardees are powerful role models and mentors who amplify the voices and visibility for those of us in the disability community who also aspire to make a difference.”

The Henry Viscardi Achievements Awards commemorate the vision and legacy of the Center’s founder, Dr. Henry Viscardi, Jr., who himself wore prosthetic legs. A premier disability advocate, he served as an advisor to eight presidents, from Franklin D. Roosevelt to Jimmy Carter, and implemented groundbreaking employment and education programs that continue to improve the quality of life for people with disabilities.

The 2020 Selection Committee was co-chaired for the seventh consecutive year by Robert Dole, former U.S. Senator, and Sherwood “Woody” Goldberg, Esq., retired U.S. Army Colonel and Emeritus Civilian Aide to the Secretary of the Army.

“Every year, these awards expand their reach and further demonstrate the positive impacts being made internationally,” Goldberg said. “They also have a strategic significance, as the United States and its Americans with Disabilities Act (ADA) have long been models for other countries developing policies to ensure the civil rights of people with disabilities around the world.”

Nguyen Thi Lan Anh
As the founder and director of the Action to the Community Development Institute in Vietnam, Lan Ahn dedicates her work to empowering people with disabilities, particularly those impacted by poverty. Among her many contributions, Lan Anh was a strong advocate behind Vietnam’s successful ratification of the Convention on the Rights of Persons with Disabilities in 2014.

Caroline Casey
Based in Dublin, Ireland, Caroline is an award-winning social entrepreneur and founder whose latest initiative, the Valuable 500, is a global campaign to get 500 businesses to make disability inclusion a priority. Launched at the World Economic Forum Annual Summit in 2019, Casey succeeded in bringing disability inclusion onto the main stage at DAVOS for the first time ever with the support of global business leaders.

James Raymond Harding
JR is a two-time US Presidential appointee and seven-time Florida gubernatorial appointee who has made significant contributions to public policy advancing the independence of people with disabilities. He serves as a full-time faculty member at Florida State University (FSU) College of Business and has authored two well-received books about adapting to life with an acquired disability.

Judith Heumann
Judy Heumann is a lifelong and internationally recognized disability rights activist and leader. A force behind countless national efforts to advance disability inclusion, Judy has taken on many leadership roles throughout her career, including Special Advisor for International Disability Rights at the US Department of State under President Obama. Judith is featured in the award-winning documentary film Crip Camp: A Disability Revolution, now on Netflix.

Andrew J. Imparato
Andy is a disability rights lawyer and policy expert serving as the Executive Director of Disability Rights California. He previously held leadership positions at national organizations in Washington, DC, including AUCD and AAPD. Among his accomplishments, Andy helped lead coalition efforts to pass the ADA Amendments Act in 2008 and negotiate the disability provisions in the bipartisan 2014 Workforce Innovation and Opportunity Act.

Jaime Huerta Peralta
Jaime is an architect, professor, writer, and disability rights advocate living in Peru who became a paraplegic after sustaining an accident while vacationing with his family. Using his expertise and personal experience, he has worked to design accessible workplaces and districts in the city of Lima. He currently teaches courses at three universities and has authored several books about accessible design.

Edmund ‘EQ’ Sylvester
EQ had just started his retirement when he became a triple amputee and prostheses user. From his own research and love of the sport, he founded the U.S. Adaptive Golf Alliance, which teaches golf, organizes tournaments, and connects golfers with disabilities to adaptive equipment. In 2019, USAGA member organizations served 40,000 individuals across the country, of which 26% are wounded veterans.

Mata’afa Fa’atino Utumapu
Mata’afa is the General Manager of Nuanua O Le Alofa (NOLA), Samoa’s national disability advocacy organization. Drawing from her experience as a woman with blindness, she led NOLA in successfully pushing for Samoa to ratify the United Nations Convention on the Rights of Persons with Disabilities. At the start of COVID-19, her team ensured that, for the first time, the prime minister was accompanied by a sign language interpreter at press conferences.

Duong Thi Van
Van is the founder and chairwoman of Hanoi Association of People with Disabilities, VP of the Vietnam Federation on Disability, and a member of the National Advisory Board of the Vietnam National Committee on Persons with Disabilities. As chairwoman of DP Hanoi, her mission is to improve community participation and job opportunities for people with disabilities, especially women. Under her direction, the organization has grown to serve 15,000 individuals.

James J. Weisman
Jim is a disability rights lawyer and President & CEO of United Spinal Association, a nonprofit organization dedicated to enhancing the quality of life of people with spinal cord injuries. He was a key negotiator with Congress promoting the passage of the ADA, and a founding board member of AAPD. Jim routinely consults industry leaders seeking to include people with disabilities in their workforce, programs, and as customers.

Read more about the recipients and their accomplishments.

About The Viscardi Center

Founded by Dr. Henry Viscardi, Jr., who served as disability advisor to eight U.S. Presidents and became one of the world’s leading advocates, The Viscardi Center educates, employs, and empowers people with disabilities. It provides pre-K through high school education (up to age 21), school-to-work youth transition services, vocational training, career counseling and employment placement, assistive technology, and adapted driver education to children, adolescents, and adults with a wide variety of disabilities. The Center also assists businesses in diversifying their workforces, as well as developing and advancing disability inclusive cultures in their workplaces with a local, national, and global reach.