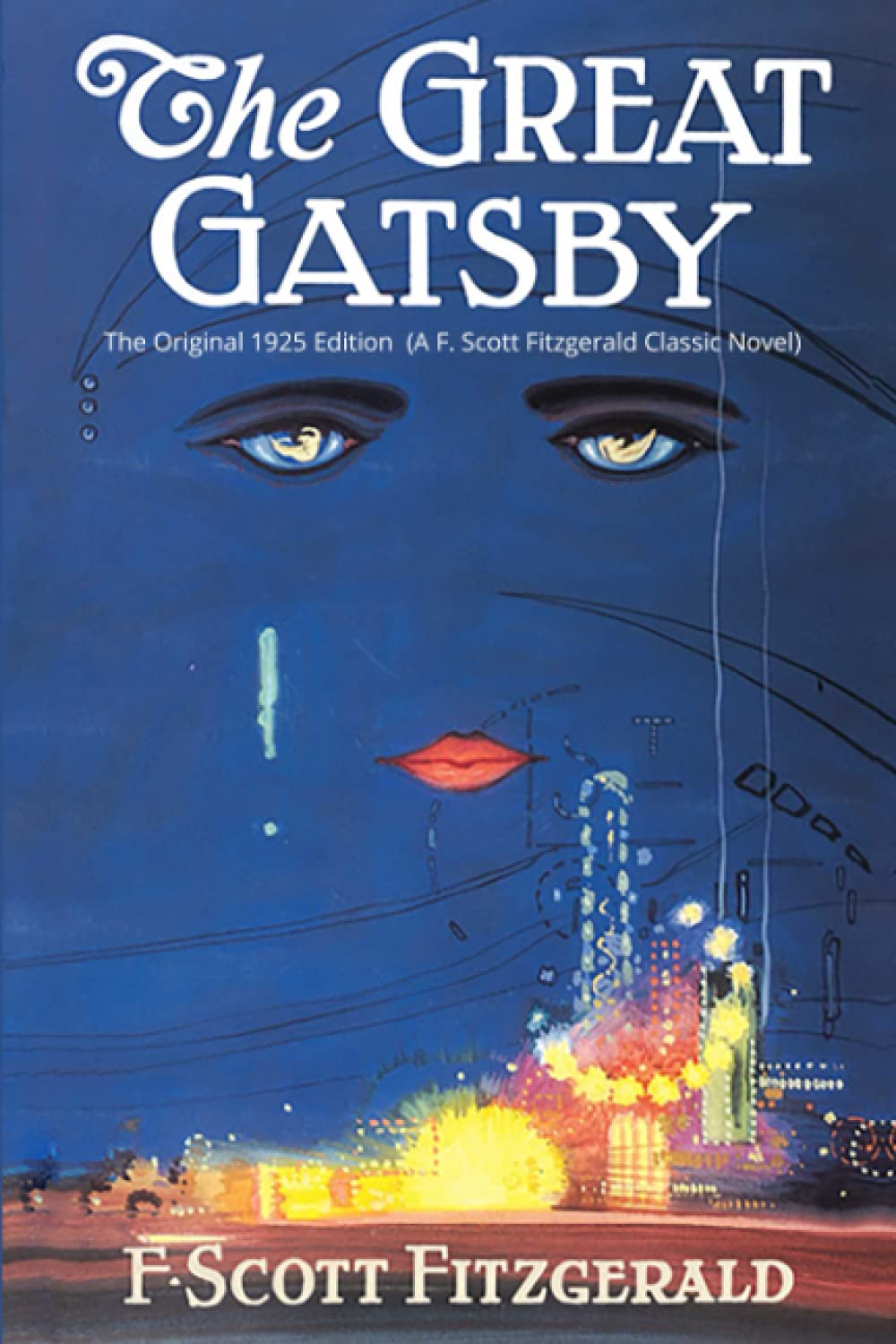 “So we beat on, boats against the current, borne back ceaselessly into the past.” ― F. Scott Fitzgerald, The Great Gatsby

The Great Gatsby is a 1925 novel by American writer F. Scott Fitzgerald. Set in the Jazz Age on Long Island, the novel depicts narrator Nick Carraway’s interactions with mysterious millionaire Jay Gatsby and Gatsby’s obsession to reunite with his former lover, Daisy Buchanan.

A youthful romance Fitzgerald had with socialite Ginevra King, and the riotous parties he attended on Long Island’s North Shore in 1922 inspired the novel. Following a move to the French Riviera, he completed a rough draft in 1924. He submitted the draft to editor Maxwell Perkins, who persuaded Fitzgerald to revise the work over the following winter. After his revisions, Fitzgerald was satisfied with the text, but remained ambivalent about the book’s title and considered several alternatives. The final title he desired was Under the Red, White, and Blue. Painter Francis Cugat’s final cover design impressed Fitzgerald who incorporated a visual element from the art into the novel.

Gatsby continues to attract popular and scholarly attention. The novel was most recently adapted to film in 2013 by director Baz Luhrmann, while contemporary scholars emphasize the novel’s treatment of social class, inherited wealth compared to those who are self-made, race, environmentalism, and its cynical attitude towards the American dream. The Great Gatsby is widely considered to be a literary masterpiece and a contender for the title of the Great American Novel.

A True Classic that Belongs on Every Bookshelf!

At Your Best: How to Get Time, Energy, and Priorities Working in Your Favor

I Am a Big Brother (Caroline Jayne Church)