The First-Ever IDEA (Inclusivity, Diversity and Equity in Advertising) Competition from ICA and Bell Media is Now Open For Entries

TORONTO, March 12, 2021 /CNW/ – The first-ever IDEA (Inclusivity, Diversity and Equity in Advertising) competition from Institute of Communication Agencies (ICA), in partnership with Bell Media, is calling on brands and agencies to enter for the chance to win $1 million worth of media inventory on Bell Media platforms. The focus for the inaugural IDEA contest is on campaigns that highlight Indigenous communities with a clear message of diversity and inclusion. 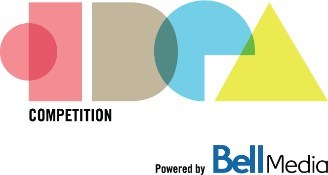 Announced in October 2020, the IDEA competition is open to national and international brands and their agencies, who are invited to submit ground-breaking work that celebrates diversity through advertising.

Entries can be now submitted, with a closing date of Friday, April 23. Creators of the winning entry will have access to the full range of Bell Media’s platforms – TV, radio, out-of-home, and digital – to execute their $1 million campaign in 2021.

Entries are required to be new creative executions in English and French, and must show how diverse producers, directors, writers, and crew contribute significantly to the campaign beyond on-camera talent. Entrants must also commit to demonstrating, as part of their submission, that inclusion and diversity are components across all of their advertising, even when not the key message.

The IDEA competition builds on the broader IDEA initiative, launched in 2017 by the ICA, to promote inclusivity, diversity, and equity in advertising. An early supporter of the program, Bell Media participated in ICA’s IDEA Summit at TIFF in 2018 with the theme “How Diversity of Thought Leads to Powerful Storytelling”, featuring THE SOCIAL’s Melissa Grelo.

Brands and their agencies can enter the IDEA competition at this link.

About the Institute of Communication Agencies (ICA)
Since 1905, ICA has been the recognized, not-for-profit association for Canadian advertising, marketing, media, and public relations agencies. ICA’s mission is to Amplify, Protect and Transform the agency sector through advocacy, awards, community, consultancy, insight, networking, research and training. ICA membership and board of directors represent some of the most recognized and influential businesses in our industry, both in Canada and internationally. Learn more at www.theica.ca.