CHESTER, Pa., Oct. 29, 2021 /PRNewswire/ — Subaru of America, Inc. and the Philadelphia Union today unveiled the Subaru Esports Hub, an ultra modern esports facility that is one of the first fully operational gaming centers in a MLS stadium. The Subaru Esports Hub features 12 gaming stations with PlayStation 4 or PlayStation 5 consoles that will give fans the chance to play on state-of-the-art monitors in 1080p and up to 120fps. Three 65-inch TVs line the walls where guests can catch the latest sports games or favorite Twitch stream. 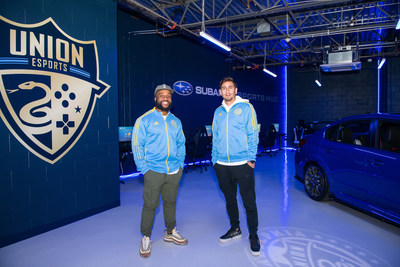 The Subaru Esports Hub will be open for fans on gameday in 2021 and can be reserved for birthday parties, tournaments, corporate outings, and more during non-gamedays.

About Subaru of America, Inc.
Subaru of America, Inc. (SOA) is a wholly owned subsidiary of Subaru Corporation of Japan. Headquartered at a zero-landfill office in Camden, N.J., the company markets and distributes Subaru vehicles, parts and accessories through a network of more than 630 retailers across the United States. All Subaru products are manufactured in zero-landfill plants and Subaru of Indiana Automotive, Inc. is the only U.S. automobile manufacturing plant to be designated a backyard wildlife habitat by the National Wildlife Federation. SOA is guided by the Subaru Love Promise, which is the company’s vision to show love and respect to everyone, and to support its communities and customers nationwide. Over the past 20 years, SOA has donated more than $200 million to causes the Subaru family cares about, and its employees have logged more than 63,000 volunteer hours. As a company, Subaru believes it is important to do its part in making a positive impact in the world because it is the right thing to do.

About Philadelphia Union
The Philadelphia Union is an innovative, forward-thinking professional soccer club competing in Major League Soccer (MLS) and one of Philadelphia’s five major league sports teams. Driven by unprecedented fan support, MLS awarded the Philadelphia expansion franchise rights to Jay Sugarman in 2008 and the Union kicked off its inaugural season in 2010. The club has reached the finals of the Lamar Hunt U.S. Open Cup in 2014, 2015 and 2018, and has appeared in the MLS Cup Playoffs in 2011, 2016, 2018, 2019, and 2020. In 2020, the Union were awarded the club’s first Supporters’ Shield after finishing with the best regular season record in MLS.

The Union play at Subaru Park in Chester, PA on the banks of the Delaware River. The custom-built stadium is part of the Union’s unique waterfront campus, featuring a historic power plant rebuilt into a 400,000 sq. ft. creative office building, a state-of-the-art Training Complex, over 7 acres of professional-grade practice pitches and multiple onsite parking fields. For more information about the Philadelphia Union, visit www.philadelphiaunion.com and follow @PhilaUnion on Twitter or Instagram. 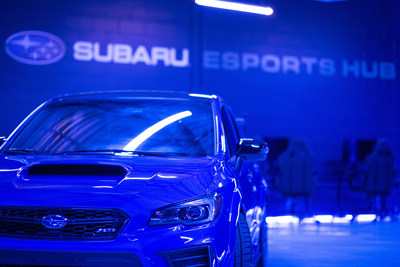