ATLANTA, April 25, 2022 /PRNewswire/ — The Spelman College Board of Trustees unanimously voted today to appoint Helene Gayle, MD its 11th president. Spelman College has a long, proud history of excellence and global leadership in the education of women of African descent and is committed to addressing racial inequities in education ensuring equitable opportunities for students of all economic backgrounds. Dr. Gayle’s presidency will begin on July 1, 2022. 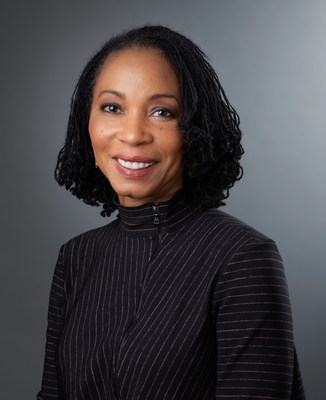 Dr. Gayle currently serves as president and CEO of The Chicago Community Trust, one of the nation’s oldest and largest community foundations. Under her leadership, the Trust grew its assets from roughly $2.8B to $4.7 billion and adopted a strategic plan aimed at closing the racial and ethnic wealth gap. A public health leader and humanitarian, Dr. Gayle spent nearly a decade as president and CEO of Atlanta-based CARE, one of the largest international humanitarian organizations, with approximately 11,000 staff and poverty fighting programs that reached 82 million people in 2010 in 87 countries. Under Dr. Gayle’s leadership, CARE reinforced its commitment to empowering girls and women to bring lasting change to communities living in poverty.

“Our success for more than a century and a half has been built by an engaged student body and alumnae, committed faculty and staff, and a history of exemplary presidents, “said Rosalind G. Brewer, Board Chair of Spelman College. “I’m excited about Dr. Gayle’s appointment and confident that her demonstrated ability to address complex issues in communities of color many of which involve the strength of Black females and her success factors, coupled with her commitment to equity, will further build on Spelman’s legacy and propel the College into the future.”

In the months-long search, the Presidential Search Committee sought a leader who embodies the Spelman mission of academic excellence and global leadership, and whose experience and expertise would build on the College’s momentum in key areas, including affordability, entrepreneurship and innovation, and the Arts. In considering the Search Committee’s recommendation, the Board of Trustees considered key priorities for Spelman’s 11th president, some of which included increasing or improving the student experience, such as safety and housing, building on Spelman’s fiscal strength and maintaining the college’s attraction to diverse and talented students, faculty and staff.

“I am honored and look forward to being a part of a long, proud legacy committed to the education of women of African descent. This is a moment where HBCUs are once again being recognized for the importance that they bring to every sector of this country,” said Dr. Gayle. “Spelman has a strong history of changing lives for people who will change lives. The idea of giving back to generations of students through cutting-edge academic programs and facilities, increasing college affordability, raising financial aid support and increasing the endowment, and developing new career pathways and opportunities is what invigorates and excites me about this new role.”

As Spelman’s 11th president, Dr. Gayle will assume the presidency at a time when the college is thriving. Spelman was named U.S. News and World Report’s #1 Historically Black College or University for 15 years in a row in 2022, the National Science Foundation’s #1 baccalaureate institution of Black or African American science and engineering doctorate recipients and is a top producer of Fulbright Scholars.

Dr. Gayle is an epidemiologist who also spent 20 years at the Centers for Disease Control, working primarily on HIV/AIDS and at the Bill and Melinda Gates Foundation with a focus on global public health. Dr. Gayle holds a Bachelor of Arts, cum laude, in Psychology from Barnard College -Columbia University a M.D. from the University of Pennsylvania School of Medicine, and a M.P.H. from Johns Hopkins University School of Hygiene and Public Health. Dr. Gayle serves on several public and nonprofit boards, including The Coca-Cola Company, Organon & Co  a women’s health care company,  Palo Alto Networks a cybersecurity company, and the Brookings Institution. She is a member of the National Academy of Medicine and the American Academy of Arts and Sciences.

Founded in 1881, Spelman College is a leading liberal arts college widely recognized as the global leader in the education of women of African descent. Located in Atlanta, GA, the College’s picturesque campus is home to 2,100 students. Spelman is the country’s leading producer of Black women who complete Ph.D.s in science, technology, engineering and math (STEM). The College’s status is confirmed by U.S. News & World Report, which ranked Spelman No. 54 among all liberal arts colleges, No. 24 for undergraduate teaching, No. 4 for social mobility among liberal arts colleges, and No. 1 for the 15th year among historically Black colleges and universities. The Wall Street Journal ranked the College No. 3, nationally, in terms of student satisfaction. Recent initiatives include a designation by the Department of Defense as a Center of Excellence for Minority Women in STEM, a Gender and Sexuality Studies Institute, the first endowed queer studies chair at an HBCU, and a program to increase the number of Black women Ph.D.s in economics. New majors have been added, including documentary filmmaking and photography, and collaborations have been established with, Johns Hopkins through the Vivian Thomas Scholars, IBM HBCU Center for Quantum Computing,  the Broad Institute and the Army Research Lab for artificial intelligence and machine learning.