ATLANTA, May 27, 2022 /PRNewswire/ — After serving nearly 14 years as commissioner of the SIAC, Gregory Moore has announced today that he will be departing the league at the end of June, 2022. As the longest tenured full-time Commissioner in the 108-year history of the conference, Commissioner Moore assumed responsibility of SIAC when the league was grappling with unprecedented fiscal challenges. During his tenure, Commissioner Moore confronted these challenges with intelligence, integrity, and entrepreneurial skill, while increasing league revenue by 450%, improving SIAC partnership revenue by 800%, and negotiating multi-year partnerships with companies such as the Coca-Cola Company, Nike, The Home Depot, GEICO, Cricket Wireless, UBS, TIAA, Academy Sports, the Google Foundation, Georgia Power, and Toyota among others. 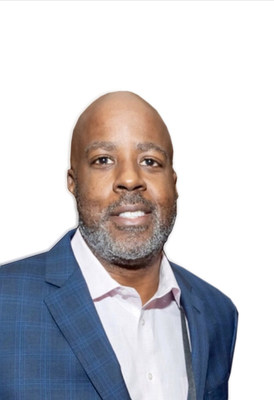 “My service as commissioner of the SIAC was among the most rewarding experiences of my life and I am indebted to every President for whom I have served. This was not an easy decision – particularly in light of the very successful year that the SIAC recently enjoyed. I am committed to work with the SIAC to help ensure a smooth transition.”

“Commissioner Moore has helped transform our league to one of the top Division II Conferences in the country. While he will be deeply missed, his ability to cultivate corporate and philanthropic support for the conference will be felt for years to come. We wish him well as he moves to the next phase of his career.”

“Commissioner Moore was the perfect person for the time and place when selected 13-years ago. The SIAC has benefited from his talent, drive, and commitment to the conference and the institutions that comprise it. We wish him Godspeed and a hardy thank you.”

“Commissioner Moore has done an exemplary job. Under his leadership, the SIAC has evolved into one of the most competitive and highly sought after Division II leagues in the country. We thank him for his service and wish him well as he returns to the practice of law.”

Statement from Dr. Vernell Bennett-Fairs, President of LeMoyne-Owen College & Member of the Executive Committee of the SIAC Presidents Council:

“Commissioner Moore’s impact on the Conference will be seen long after his departure. His advocacy and skilled leadership have benefited many students and institutions and has positioned the SIAC for continued prominence. Many thanks for a job well done!”

“Since my initial encounter with Commissioner Moore in connection with the SIAC selection process nearly 14 years ago, I have consistently remained impressed by his vision, integrity and commitment to excellence. I wish him the very best in all of his future endeavors.”